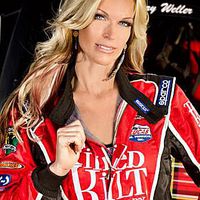 Corry Weller
Corry Weller is a professional short-course off-road racer and ATV/UTV enthusiast. She has written for ATV Illustrated Magazine and ATV.com.
our editorial process
Corry Weller
01
of 05

When the 2015 Yamaha Viking VI EPS came out, it was the first true six-passenger UTV to hit the market. The original model featured a class-leading 115.6" wheelbase that delivered a smooth ride while allowing for more-than-adequate interior space for its occupants. It was powered by Yamaha's proven 686cc liquid-cooled, FI, SOHC motor. While it may have seemed small in a world of 1000cc powered sport machines, the Viking's motor had plenty of low-end torque to power a fully loaded machine through just about anything.

The Ultramatic® transmission with dual-range (Hi/Lo) drive and reverse is the most advanced drive system available. It includes an automatic centrifugal clutch and a sprag clutch for all-wheel downhill engine braking in 4WD mode and reverse.

When it comes to four-wheel drive, the 2017 model also includes the On-Command® 4WD system let drivers dial between 2WD, limited-slip 4WD and fully locked differential 4WD -- just as the 2015 model did.

Cargo is no problem for the 2017 model either, as it boasts a 600-pound load capacity. The 2017 model can tow up to 1,500 pounds. The rubber cargo mat bed is durable and washable, and it can also lower noise and vibration while giving you extra holding power to keep cargo in place.

As far as space for your extras, the latching glove box is a must-have to store small items such as your wallet or cell phone. There is also plenty of space for drinks, with eight cupholders included.

Store gas in the large, 9.7-gallon fuel tank that can accommodate long rides wherever you need to go.

The padded headrests lend more comfort and the pass-through floor lets occupants enter and exit the vehicle from both sides.

The engine of the vehicle is located beneath the cargo bed, and it can be accessed upon lifting the bed. Underneath the vehicle, a steel skid plate protects the Viking VI EPS from rocks and ruts and can keep you from getting stuck when you are driving on trails.