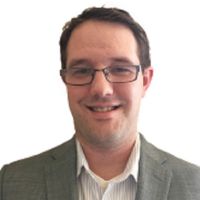 Adam Gretz
Adam Gretz writes exclusively about hockey and the National Hockey League (NHL). He is a member of the Professional Hockey Writers Association.
our editorial process
Adam Gretz

When it comes to NHL team awards, few seem to care about the Presidents' Trophy, which has been handed out annually since 1985–86 to the team that finishes the regular season with the most points in the standings. In the eyes of some fans, the award has little meaning in the league unless the team goes on to win the Stanley Cup, the trophy presented the winner of pro hockey's annual championship tournament.

There is a belief that the President's Trophy carries with it a curse — that the team that wins this prize is destined not to win the Stanley Cup. That mistaken notion is a myth.

Background of the Myth

Only eight of the Presidents' Trophy winning teams have actually gone on to win the Stanley Cup, but three other teams have reached the finals but failed to win the title. Still, the statistics show that about one-third of teams that have won the trophy have gone on to at least compete in the NHL's championship series.

Indeed, Presidents' Trophy-winning teams reach the Stanley Cup Final — and win it — more than any other seed in the playoffs.

More than half of NHL teams are thrown into the playoff tournament — which, essentially, starts a second season with teams participating in four best-of-seven series. The randomness of a best-of-seven series can sometimes lead to unexpected results. Top seeds are upset from time to time, but more often than not the top team in the regular season ends up at least reaching the NHL's final four, as these figures illustrate:

To get a clearer view of the myth of the President's Trophy "curse" — or lack thereof — it's helpful to view an annual listing trophy winners together with their eventual results in the playoffs. Information from recent years was compiled by Wikipedia.