What Does 'TBH' Mean?

TBH, it can be complimentary or critical 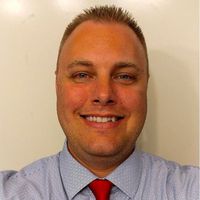 TBH is typically used to express an honest opinion about a topic or situation ("to be honest") but can also be used to show appreciation ("to be heard") on social media sites like Instagram.

The Original Meaning of TBH

TBH began as the acronym for "to be honest" and was later duplicated to mean "to be heard." It is often used when someone is trying to be frank while discussing an uncomfortable or controversial topic. For example:

How TBH is Used as 'To Be Heard'

Somewhere along the line, TBH was adopted by teens, predominantly those on social media sites such as Instagram and Tumblr, where it was used to attract attention. It took on a complementary meaning, and the acronym itself became a positive comment to show the someone's opinion was heard ('to be heard' translates to TBH in those cases).

In particular, it was used to solicit likes on Instagram, for example:

As a result, depending on context, TBH can be critical or complimentary. When it is used to comment on another person's physical appearance sarcastically, it is harmful. When someone posts a photo and receives a "TBH, this is a great pic of you!" the intent is complimentary.

A mini-movement built up around TBH that encouraged teens to express their honest feelings about a person or idea, but like many other well-intentioned ideas, this one was co-opted and by some people online to bully or vent. Eventually, the term fell out of popularity but it is stilled used by some.

Perhaps because of the increased awareness of online bullying, TBH has fallen out of the top 50 trending internet slang terms. However, plenty of "honest" acronyms remain, including:

Internet acronyms are part of the online experience, and your children probably know more of them than you do. However, they may not understand that some acronyms are hurtful. What can parents do? Remind your kids that words can hurt. Just because they have the tech skills to communicate online doesn't mean they have the maturity to handle every situation they encounter.

When they are old enough, explain the concept of cyberbullying. For young children, it makes sense to monitor their communications. If you see any texts that are suggestive or of a bullying nature, discuss the potential harm honestly with your child.