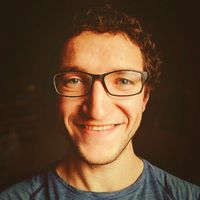 You might see the expression "PMSL" on a humorous post in an international discussion forum online, and it makes you stop and wonder. What exactly does PMSL mean?

How PMSL Is Used

Someone who types PMSL has found something incredibly amusing. Other expressions that express laughing and humor include ROFLMAO ("rolling on floor, laughing my a** off") and LOL ("laughing out loud"). Like most internet jargon, the expression is not suitable for most business dealings. PMSL is best used in personal texting, email, online chatting, or in particular circumstances where a business acquaintance has become a friend.

Both uppercase and lowercase versions of PMSL (pmsl) mean the same thing and are perfectly acceptable.

When texting or communicating online, be careful not to type entire sentences in uppercase, as this conveys shouting and is considered rude.

Origin of the Modern PMSL Expression

PMSL is British in origin. There are instances of the PMSL acronym being used online since the year 2000. The PMSL expression gained popularity with European soccer fan sites as footballers would recount comedic incidents at their football matches, or when the opposing team would suffer some kind of indignity or funny defeat.

The PMSL expression, like many other online expressions and web lingo, is part of online conversation culture and is a way to build cultural identity through language and playful conversation.

Generally, you would use PMSL if you think your readers are primarily British, and you'd use ROFL or some other variant for American readers.

Capitalization is a non-concern when using text abbreviations and chat jargon. Use all uppercase (PMSL) or all lowercase (pmsl) letters, and the meaning is identical.

Proper punctuation is similarly a non-concern with most text message abbreviations. For example, the acronym for "too long, didn't read" can be TL;DR or TLDR. Both are acceptable.

Never use periods (dots) between your acronym letters; it would defeat the purpose of being a shortcut. For example, ROFL would never be spelled R.O.F.L., and TTYL ("talk to you later") would never be T.T.Y.L.

When tempted to use jargon in messages, evaluate who your audience is, if the context is informal or professional, and then use good judgment. If you know someone well and it is a personal and informal communication, then absolutely use abbreviations. On the flip side, if you are just starting a friendship or professional relationship, avoid abbreviations until you've developed a relationship rapport.

If messaging in a professional context with someone at work, or with a customer or vendor outside your company, avoid abbreviations altogether. Spelling out full words shows professionalism and courtesy. It is much smarter to err on the side of being too professional at first, and then relax your communication over time organically.