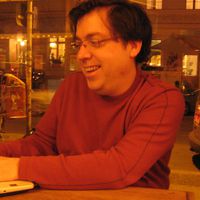 Andrew Grant
Andrew Grant is a film critic, distributor, and producer who writes about international and independent film topics.
Learn about our Editorial Process

Even if you’ve never actually seen a film from India, the word Bollywood immediately conjures up images of brightly colored productions featuring elaborately choreographed song and dance numbers, often with 100 or so dancers, and a boy-meets-girl story with a happy ending. But what is the history of India’s national cinema? How did it grow to become one of India's most financially lucrative industries and the world leader in both the number of films produced each year as well as audience attendance?

The word Bollywood is a play on Hollywood, with the B coming from Bombay (now known as Mumbai), which is the center of the Indian film world. The word was coined in the 1970s by the writer of a magazine gossip column, though there is disagreement as to which journalist was the first to use it. However, Indian cinema dates all the way back to 1913 and the silent film Raja Harishchandra, the first-ever Indian feature film. Its producer, Dadasaheb Phalke, was Indian cinema’s first mogul, and he oversaw the production of 23 films between 1913 and 1918. Yet unlike Hollywood, initial growth in the industry was slow.

The early 1920s saw the rise of several new production companies and most films made during this era were either mythological or historical in nature. Imports from Hollywood, primarily action films, were well received by Indian audiences, and producers quickly began following suit. However, filmed versions of episodes from Indian classics and mythological literature, such as The Ramayana and The Mahabharata, still dominated throughout the decade.

1931 saw the release of Alam Ara, the first talkie, and the film that paved the way for the future of Indian cinema. The number of productions companies began to skyrocket, as did the number of films being produced each year—from 108 in 1927, to 328 in 1931. Color films soon began to appear, as did early efforts at animation. Giant movie palaces were built and there was a noticeable shift in audience makeup, namely in a significant growth in working-class attendees, who in the silent era accounted for only a small percentage of tickets sold. The WWII years saw a decrease in the number of films produced as a result of limited imports of film stock and government restrictions on the maximum allowed running time. Still, audiences remained faithful, and each year saw an impressive rise in ticket sales.

Birth of the New Wave

It was around 1947 that the industry went through significant changes. One could argue that it was during this time that the modern Indian film was born. The historical and mythological stories of the past were now being replaced by social-reformist films, which turned an often critical eye on such ancient social practices as the dowry system, polygamy, and prostitution. The 1950s saw filmmakers such as Bimal Roy and Satyajit Ray focusing on the lives of the lower classes, who until then were mostly ignored as subjects.

Inspired by social and political changes, as well as cinematic movements in both the U.S. and Europe, the 1960s saw the birth of India’s own New Wave, founded by directors such as Ray, Mrinal Sen, and Ritwik Ghatak. Driven by a desire to offer a greater sense of realism and an understanding of the common man, the films during this era differed greatly from larger commercial productions, which were mostly colorful escapism. It was the latter that would eventually become the template for the Masala film, a mash of genres including action, comedy, and melodrama punctuated by approximately six song and dance numbers. This is the model still used for most contemporary Bollywood films.

The Masala Film—Bollywood as We Know It Today

Manmohan Desai was one of the more successful Bollywood directors of the 1970s and is considered by many to be the father of the Masala film. Defending his approach, he said: “I want people to forget their misery. I want to take them into a dream world where there is no poverty, where there are no beggars, where fate is kind and god is busy looking after his flock.” The hodgepodge of action, romance, comedy, and musical numbers is a model that still dominates the Bollywood industry. Though greater attention is now paid to plot, character development, and dramatic tension, it is, in most cases, sheer star power that accounts for a film’s success.

With the international success of films like Slumdog Millionaire and the injection of foreign capital into the Indian film industry, Bollywood has perhaps been entering a new chapter in its history, one in which the eyes of the world are now paying closer attention. But the question remains: Will a Bollywood film ever find crossover success with mainstream American audiences?