What Does TIL Mean?

How to understand and use this abbreviation 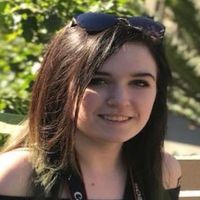 Kayla Dube has 4+ years' experience in videography and filmmaking. She frequently works in production with indie film companies.

If you've ever seen TIL on the discussion website Reddit or in a text or email message, you might wonder what the person posting it is saying. What does TIL stand for?

How TIL Is Used

If someone types TIL, it means they want you to pay attention, or that you may find what they're about to say very interesting. Like most internet jargon, the expression is not suitable for business dealings. TIL is best used on Reddit or in personal texting, email, or online chatting.

Example of TIL in Use

"TIL that Pope Francis and Pope John Paul the Second are honorary members of the Harlem Globetrotters."

"TIL the earth was almost struck by another asteroid last week, but it never made the news."

"TIL the patent for the fire hydrant was lost in a patent office fire."

"TIL the first can opener was patented on January 5, 1858, 50 years after the can was invented. Before its invention, people used hammers and chisels to open cans."

TIL gets its name from a Reddit site subreddit called Today I Learned, where visitors learn something new through posts made by other Reddit users. Reddit members use TIL in the titles of their postings when they discover something fascinating, something that contradicts common knowledge, or a fact that is particularly important and of interest to readers. It's also common to see TIL used in the comments section on Reddit when a user wants to express that an article or someone else's comment was new information to them.

TIL became more popular, and people now used it in texts, emails, and other social media websites, such as Facebook and Twitter, where it means the same thing as it does at Reddit. TIL hasn't become as widespread as other internet acronyms such as LOL and ROFL.

Capitalization is a non-concern when using text abbreviations and chat jargon. Use all uppercase or all lowercase letters, and the meaning is identical.

Proper punctuation is similarly a non-concern with most text message abbreviations. For example, the acronym for "too long, didn't read" can be TL;DR or TLDR. Both are acceptable.

Never use periods (dots) between your acronym letters; it would defeat the purpose of being a shortcut. For example, you would never spell TIL T.I.L., and TTYL ("talk to you later") would never be T.T.Y.L.

When tempted to use jargon in messages, evaluate who your audience is, if the context is informal or professional, and then use good judgment. If you know someone well and it is a personal and informal communication, then absolutely use abbreviations. On the flip side, if you are just starting a friendship or professional relationship, avoid abbreviations until you've developed a relationship rapport.

If messaging in a professional context with someone at work, or with a customer or vendor outside your company, avoid abbreviations altogether. Spelling out full words shows professionalism and courtesy. It is much smarter to err on the side of being too professional at first, and then relax your communication over time organically.