This slang term is often used as a reply 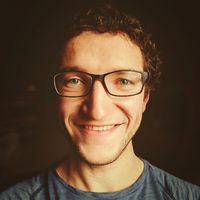 IGHT is shorthand used in texting and online messaging that means Alright.

IGHT is a positive internet slang term. It's meant to be used to express affirmation, approval, acceptance, or agreement.

IGHT can be used synonymously with the following words or expressions:

How IGHT Is Used

IGHT is often used as a casual, affirmative reply as a response to a question—especially when the answer completely depends on the person's own wants or needs. IGHT can also be used as a question itself to ask someone to confirm that they accept something or agree with the questioner (based on previous information that was given).

Lastly, it's worth pointing out that IGHT can also be used as a basic exclamation at the beginning of a sentence, similar to how someone might start a sentence with, "Well," "So," or "Okay."

Examples of IGHT in Use

Here are some of the ways you may see IGHT used in conversation.

In this first example, you can see how IGHT can be used as a simple, standalone answer to a question. Friend #2 means "yes" by saying IGHT to accept Friend #1's invitation.

Friend #1: "Sorry for the late reply, forgot to take my phone off silent"

This second example shows how IGHT can be used in a sentence to express some degree of satisfaction, similarly to saying "okay" or "fine." Friend #2 uses it to excuse Friend #1's actions.

Friend #1: "We're going to meet up at the Starbucks on Dawson St."

In this third example, IGHT is used at the beginning of a sentence to show acceptance and confirmation—also similar to saying "okay." Friend #2 uses it to accept and confirm the location where they're planning to meet up with Friend #1.

Friend #1: "You have to bring your own snacks if you want to have something to eat when you come over tomorrow, ight?"

This example shows how IGHT can be used as a question to ask someone to confirm something. Friend #1 instructs Friend #2 to do something and ends by asking, "Ight?" to get them to confirm that they understand and will do what they need to do.

Finally, this last example shows how IGHT can be used as an exclamation similar to how you might start a sentence with "Well," or "Okay." Friend #2 uses it to add a bit of emotional expression (perhaps fatigue or relief) before their comment.

IGHT is actually a shorter slang variation of the more popular slang term AIGHT. IGHT and AIGHT are both frequently used jargon that mean exactly the same thing. One is just shorter (by one letter) than the other.