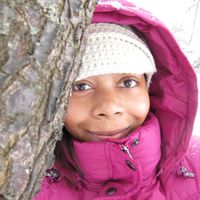 As any true sportsman will tell you, a little weather doesn't stop the game. And in no sport is this truer than in American football.

Some of football's most memorable games have been played in the most inclement of weather -- floods, blizzards, and polar-vortex-worthy cold included. Let's take a look at these, along with how their extreme weather conditions affected the field, players, and even the ball itself.

Does Weather Ever Cancel Football Games?

When it comes to weather, football, like our US postal service, has a "neither snow, nor rain, nor heat..." culture. That is, it takes a weather event of epic proportions to stop it.

In fact, no written protocol or weather guidelines even exist in the NFL Rulebook. According to the official NFL playing rules, only the Commissioner, Roger Goodell, has the authority to cancel, postpone, delay, or terminate games, including games affected by inclement weather. Only once since 1933 has a game ever been flat out canceled (and never rescheduled) due to weather -- the 1935 Boston Redskins at Philadelphia Eagles game due to rain and heavy snow.

Fumbling in the Rain

A little rain never hurt fans or footballers. But it has caused mischief on the field, including flooding it; making grass and turf slick underfoot; washing away yard line, hash line, and end line markers; and increasing ball fumbles.

Some of the soggiest games in NFL history include:

Running in a Winter Wonderland

Sleet and freezing rain on the field poses a similar threat to players as ice does to pedestrians and drivers on roadways and sidewalks: A total loss of traction.

One of the most memorable ice storms in NFL game history is the "Sleet Bowl" -- the 1993 Thanksgiving Day Classic game between the Dallas Cowboys and Miami Dolphins. A reported 0.3 of an inch of sleet fell during the game, making Dallas running back Emmitt Smith feel more like a hockey player than a footballer. "It was so bad," he said, "that we might as well have worn ice skates."

The ice also cost the Cowboys the win when defensive tackle Leon Lett slipped into the dead ball while trying to grab it, allowing Miami to recover the muff and kick a (successful) field goal as the clock expired.

Snow, like its wintry weather relatives sleet and freezing rain, can make for a slippery football field, but its primary threats it poses are covering white goal lines, end lines, hash marks. If snowfall is particularly heavy, or if winds are strong or gusty, it can also impair visibility.

Some of the NFL's snowiest games include:

Football is no stranger to cold weather, which can have a myriad of effects like freezing grass (or turf) underfoot and deflating footballs.

A football (which is customarily inflated indoors) can deflate by roughly 0.2 PSI for every 10-degree drop in temperature it experiences after being transferred outdoors. It's the same reason why your vehicle's tires deflate when it's cold. (Who can forget 2015's Patriots vs. Colts AFC Championship game, aka "Deflategate"?)

One of football's coldest games was the "Ice Bowl" -- the 1967 NFL Championship game between the Packers and the Cowboys. During the game, temperatures at Lambeau Field dropped to -13 °F and wind chills to -40 °F. To combat this level of cold, the Packers began filling their home field's underground pipes with an antifreeze solution (yes, the same stuff that's in your car) in 1997 to discourage turf freezing.