Canada Tops the List With Automobiles, Accessories and Parts 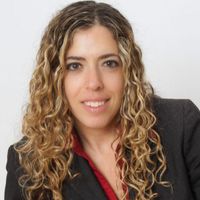 Karen Waksman
President and CEO of Retail MBA
Karen Waksman is a former writer for The Balance Small Business and an experienced seller who advises entrepreneurs who sell products to retailers.
Learn about our Editorial Process

The United States exports trillions of dollars of manufactured goods, services, and natural resources to other countries each year, setting a record in 2013 when it shipped nearly $2.3 trillion in products across its borders. Exports are the fuel that keeps the U.S. economy running and keeps Americans employed. Below is a list of what other nations are eager to buy from the U.S. and which of them import the most.

What Does the U.S. Export?

The U.S. is the world's third largest export economy behind the European Union and China. The nation's chief exports include capital goods (22% of total exports), industrial supplies (22%), consumer goods (8%), and petroleum (7%). According to Trading Economics, in 2018, exports of petroleum reached a record high of $172.4 billion.

Who Buys the Most Overall

A third of American exports (34%) were delivered to Canada and Mexico, although these percentages could change should the North American Free Trade Agreement (NAFTA) agreement be dissolved or amended.

Close behind America's neighbors to the North and South, Asian importers purchased 30% of U.S. exports while 22% worth was delivered to Europe. A smaller percentage of 1.8% went to Oceania (Australasia, Melanesia, Micronesia and Polynesia). Just 1.5% of U.S. shipments were destined for customers in Africa.

According to data available from the U.S. Census Bureau and other economic sources, the five countries below import the largest number of goods and services from the U.S.

Considering the geography, it's not surprising that Canada is the number one importer of U.S. goods, but the vast array of products being shipped to these countries may surprise those not familiar with U.S. foreign trade.

Machinery, nuclear reactors, and boilers dominate Canada's U.S. imports with a whopping $213.38 billion worth of machinery shipped in during 2018. Mineral fuels including oils and distillation products come in second followed by electrical equipment and aerospace products. Even with the global automotive industry in decline, Canada imported $130.73 billion worth of vehicles (not including rail or tramway) making it number five on the list. In total, Canada imported $298.7 billion worth of U.S. goods in 2018, the last year for which detailed statistics are available. This is up 5.8% ($16.5 billion) from 2017 and up 14.4% from 2008. This amount represents 18% of all U.S. exports to Canada.

It may come as a surprise that Mexico imports more U.S. goods and services than the far more populous country of China. In 2018, Mexico imported $265.43 billion worth of U.S. products, including machinery, electronic equipment, plastics, and, like Canada, automotive-related goods. This is up 8.9% ($21.7 billion) from 2017 and up 75.2% from 2008. This amount represents 16% of all U.S. exports to Mexico.

The primary import of American goods to Japan is mineral fuels including oils and distillation products, topping out at $9.11 billion worth of imports. Next on the list is machinery and medial equipment, followed by civilian aerospace technologies. American exports totaled $75.23 billion in 2018, up 11.3% ($7.6 billion) from 2017 and up 15.5% from 2008. This amount represents 4.6% of all U.S. exports to Japan.

The U.K.’s primary import from across the pond in 2018 was civilian aircraft. This is not surprising as the aviation industry turned to the international market when the U.S. travel market experienced tough times in the last decade. Following aircraft, the most exported products to the U.K. were pearls, precious stones, metals, and coins, followed by machinery and mineral fuels. In 2018, America's exports to the U.K. amounted to $66.29 billion, up 17.9% ($10.1 billion) from 2017 and up 23.7% from 2008. This amount represents 4.1% of all U.S. exports to the U.K.

Rounding out the list of America’s top trading partners in terms of U.S. export sales, the following 15 countries ranked highest in 2018.

Almost three-quarters of American exports in 2018 were delivered to the 15 trade partners listed above.