What's the Deal with Walley World?

Is the Theme Park in the "Vacation" Movies a Real Place? 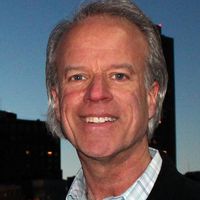 Arthur Levine
Writer
Arthur is a travel writer with more than 25 years of experience. He has been covering theme parks, amusement parks, water parks, and attractions for decades.
Learn about our Editorial Process

In the first (and by far, the best) National Lampoon’s Vacation film, bumbling Chevy Chase and his doofus Griswold family travel across the country to visit the mythical theme park, Walley World. There are distracting side stories, including Christie Brinkley and her red Ferrari, but the focus of the road trip film is on making it to the roller coaster haven. After the epic journey, a talking moose meets them at the front entrance to inform them that the park is closed for repairs and maintenance. D’oh!

A 2015 reboot of the series reunites the Griswolds, including Chase, his wife played by Beverly D'Angelo, and his now-adult son Rusty played by Ed Helms. The plot centers on Rusty’s plan to relive his childhood memories by taking his own family on a car trip to—you guessed it—Walley World. What could go wrong? (Cue the gross-out misadventures.)

The name, “Walley World,” would seem to be a takeoff on Walt Disney World (although it replaces a mouse with a moose as its mascot). But the Disney connection only goes so far; Walley World is clearly more of an amusement park than a theme park in the movies.

For park fans, the films raise an interesting question. Is Walley World an actual place? Let’s break it down.

Six Flags Magic Mountain in Valencia, California served as the stand-in for the park in the first film. The coasters that the Griswold family rode at Walley World were Revolution and the “Screaming Mimi.” The latter was actually the park’s Colossus, a classic twin-racing coaster.

When it opened in 1978, Colossus was one of the world’s biggest and fastest wooden coasters. Through the years, the ride became very rough. In 2015, Six Flags transformed the old woodie into a wonderfully smooth steel-wood hybrid coaster and tweaked its name. Read my review of the incredible Twisted Colossus, now one of coasterdom's best rides. (In fact, it's so good, we rate it the best coaster in the U.S. and among the coasters that should be on your bucket list.)

Revolution remains at the park. Opened in the bicentennial year of 1976, the classic coaster is heralded as the first modern steel coaster to feature a loop. In 2016, Six Flags gave it some much-needed love with new trains, new restraints, and a spiffed-up, freshly painted track. It calls the reborn coaster, The New Revolution.

The park then turned the old ride into a really new coaster when it made the surprise announcement that it would include a sophisticated virtual reality experience. (Perhaps the park squandered an opportunity to incorporate Vacation into the VR storyline. Imagine being able to virtually ride along with Chase and John Candy.) Six Flags has since removed the virtual reality features from The New Revolution.

The 2015 Version of Vacation

The Griswolds make a 21st century pilgrimage to the same park that inspired their legendary 1980s vacation. In the movie, the park, which is billed as America’s “favorite family fun park,” will be closing its gates permanently, adding to the urgency of the trip. Although the destination is supposed to be the same, the producers did not return to Six Flags Magic Mountain for the 2015 edition of the film. Instead, sister park Six Flags Over Georgia, near Atlanta, is the Walley World doppelganger.

In this movie the characters ride a coaster called “Velociraptor.” The Six Flags coaster is actually Blue Hawk. It includes five inversions, which reportedly was challenging for the actors.

Did you know that there is an actual Walley World? It is a water park that is part of a larger complex known as East Park in London, Ontario, Canada. The name is spelled slightly different: “Wally World.” The property doesn’t loudly trumpet the name of its water park (for legal reasons perhaps?), but it plainly calls it Wally World on its Web site. Sorry folks, there’s no moose character at the park, nor would you find Christie Brinkley or her red Ferrari.

Parks figure into other popular Hollywood films as well, including the water park that is featured in The Way, Way Back and Grown Ups. And, of course, many films have inspired theme park lands and attractions, including Transformers: The Ride 3D and The Wizarding World of Harry Potter at Universal’s theme parks.

Then there is the juggernaut Pirates of the Caribbean series, which was inspired by the landmark Disney parks attraction. The movies, in turn, inspired Disney to incorporate some of its characters and themes back into the rides. The Shanghai Disneyland version of Pirates of the Caribbean (which is squarely among the world’s best theme park attractions) is based entirely on Captain Jack Sparrow and other characters from the film series.