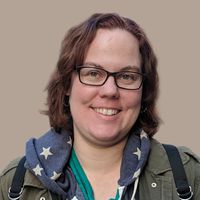 We've all cried, but sometimes there are great cries that are captured, shared and captioned into eternity, turning one person's moment of grief or happiness into an Internet phenomenon.

What Do Crying Memes Mean?

Crying memes are pretty self-explanatory but usually associate with a relatable cultural moment. The memes often feature the ugly crying that occurs at moments of high emotion.

How Are Crying Memes Used?

Crying memes are often used to illustrate a shared loss, particularly in sports. And crying Michael Jordan, from his 2009 induction into the Hall of Fame, is by far the most popular depiction.

Example #1:
Image: Former NBA player Michael Jordan's face on a bass drum that Steph Curry is about to strike. Text: Keep Pounding, Keep Pounding
Meaning: Steph Curry takes Jordan's tears of gratitude and brings it on the football field as he mourns the Carolina Panthers' loss at Super Bowl 50. "Keep Pounding" is the team's mantra.

Example #2:
Image: NBA player Lebron James ugly crying
Text: Leave me alone! I have a leg cramp!
Meaning: Lebron James was caught on camera doing the ugly cry after his team won the NBA finals. It often serves as a way to exaggerate emotions about something like a leg cramp.

Example #3:
Image: Crying Dawson aka Dawson "Teary."
Text: "You made me do my ugly cry face."
Meaning: Sometimes you cry, and sometimes you're so upset, you ugly cry, and make a terrible face, just like Dawson did. (Though hopefully it won't be immortalized on the Internet.)

For even more examples, including links to the originals, check out our full list of the five best crying memes:

Induction into the Meme Hall of Fame

When Michael Jordan was inducted into the Hall of Fame in 2009, he was understandably emotional. But the image of him with tears running down his face went viral – and people starting superimposing his teary mug on other people, and even objects, such as this bass drum at Super Bowl 50 featuring Steph Curry.

Like Michael Jordan, Lebron James was crying tears of joy, in this case when his team – the Cleveland Cavaliers – won the NBA finals in 2016. While his ugly cry swept the Internet at the time, it never had quite the popularity of Jordan's crying face. In this meme, leg cramps elicit the sobbing.

In the season three finale of Dawson's Creek, the titular character Dawson Leary got his heart broken and his face frozen into a meme. Like Lebron, he's a bit of an ugly crier, but in this case, he wasn't feeling any joy.

Mets fans always know to expect a heartbreak, even when the team makes it to the World Series. When they lost to the Kansas City Royals in 2015, the team's famous home run apple became all of us when crying Michael Jordan became one with it.

Crying Michael Jordan has been superimposed on so many bodies, including POTUS, but he might have hit his apex when he merged Loyola Chicago superfan Sister Jean, as she watched her beloved team lose to the University of Michigan in the 2018 Final Four March Madness matchup.

We always regret things we DIDN't do more than things we did.​