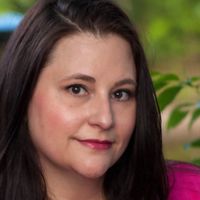 Petty memes express our less-than-kind thoughts or feelings about a situation, behavior, or person. When you are all out of sugar and spice, have no energy left to be nice, and just can’t even… it’s obviously time to break out the petty – the petty memes, that is.

What Do Petty Memes Mean?

No matter how sweet and kind a person is, we all have those moments where the sugar-coating has all cracked and chipped away. Insert the petty meme. Petty memes have a range of undertones, such as sarcastic, shallow, annoyed, patronizing, condescending, rude, playfully snarky, or sometimes just downright mean. Yet, somehow, they’re always incredibly funny too.

How are Petty Memes Used?

Most people use petty memes as a way to “blow off steam” when they’re just too irritated to deal with a person or situation. Generally, petty memes are not used to call out a specific person, but rather to release frustration to the masses (or at least your friends list) and possibly have a laugh to break the tension. While secretly, a person might hope the undisclosed target of their petty meme will realize their behavior matches the meme and make changes, this rarely (read, never) happens.

Let’s break down some examples of petty memes to explore this concept a little further.

Meaning: The person this meme is intended for is likely incorrect, lying, or babbling total nonsense in way that is humorous or displays them for the foolish show-off they are.

Text: I just rolled my eyes so hard… I saw my brain

Meaning: The person this meme is intended for has done or said something so annoying or stupid that the resulting eye rolling reflex is strong enough to (figuratively, of course) cause the eyes to flip back far enough to view the brain.

Image: Animated man in a suit holding up one hand as if in warning

Meaning: Mind your own business. Nothing to see here, move along. You were not invited to this situation.

Who is Felicia? And Where is She Going?

Your Small Foolish Mind Amuses Me

The famous meme character, Condescending Wonka, is simply perfect for pettiness. Use this meme when the person you’re dealing with is just too clueless, too self-important, too much of a know-it-all, and just doesn’t ever shut up… or all of the above.

Is That a Cerebellum I See?

This is the meme for those moments when you just can’t even! When faced with such extreme annoyance, the eye rolling reflex is uncontrollable. The strength of this reflex is directly related to the level of stupidity of the other person. This particular case is extreme.

Lest anyone doubt which way you mean it, “bless your heart” can be clarified with plenty of petty adjectives… delusional, neurotic, two-faced, phony, crazy, or simpleton. This gem of a saying from the South works so well in so many situations.

Dislike is a Two-Way Street

This meme is for all of the grammar police, all over the world. When you get tired of posting corrections in the comments with * or you can’t read a person’s post without one of your eyes starting to twitch, just drop this meme in the comments instead. Besides, if someone doesn’t know their there from their they’re and their their, do you even want to know them?

Does This Story Have an End? Or at Least an Intermission?

We’ve all come across the never-ending post at some point in our social media lives. It’s usually a story about some random happening in Stephen’s day that starts out interesting but quickly devolves into seven subplots, four parallel stories, and nine flashbacks. By the end (if we make it to the end), we’re left wondering what Gina even has to do with it, what happened to Coach Bell, and what does it all mean? Was there even a point?

All Aboard! Next Stop… Not Yours!

We all know that one person who has to get involved in everyone else’s business as if it’s their mission in life to ride every crazy train to Dramaville… and derail it for maximum mayhem. Meanwhile, they seem completely oblivious to the disaster zone of their own life.

What Language are you Speaking?

Who better than Queen Bey for a petty little meme to fend off the basic people? You know the type, the people who do everything possible to copy the crowd rather than stand out from the crowd. No pizzazz, no razzle-dazzle, no magnificent displays of individuality… just plain, average, following everyone else off the cliff while taking spider-eyed, duck-faced selfies. Just. So. Basic.

What a relief it is… when that one person who takes themselves far too seriously no matter how ridiculous their argument, finally lets out even the smallest giggle and thus grants permission for everyone else to release the laughter they’ve been struggling to hold in.

Is it Crazy in Here, or Just You?

When a person’s crazy reaches the what on this big blue earth is wrong with you level, it’s quite appropriate to refer that person to a professional. We mere petty people are not adequately trained and compensated to deal with such extreme lunacy.

Ow! The Stupid! It Hurts!

Be kind and remember that some people are deeply affected by stupid. It causes them tremendous pain and possibly years of costly therapy.