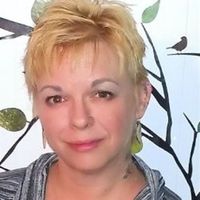 In our culture, there are plenty of teen stars saturating the airwaves. Some of them do a great job of setting a good example for kids. Others behave like train wrecks and their antics and mistakes are prominently featured everywhere.

Kids, being young and impressionable, want to be popular like their favorite entertainers. They want to dress like them, act like them and are frequently in awe of them.

When those they admire are bands like Jump5 or BarlowGirl or artists like Robert Pierre or Krystal Meyers, we, as parents, can feel safe. When they look up to pregnant teens or rehab repeaters, safe isn't the word.

A Young Man With a Message and a Mission

Robert Pierre may be young, but that hasn't stopped him from taking the message of hope, encouragement, and salvation to the masses of his generation. He has released one album, is gearing up for a second and has toured nationwide with Christ in Youth.

Of his ministry, Robert says, "I'll do whatever God wants me to do, and it's His choice. So far He's opened a ton of doors, but no matter what continues to happen, I'm in this for Him."

Krystal Meyers was only 16 when she was signed by Essential Records. Her debut album was a hit with four top ten singles ("The Way To Begin," "My Savior," "Anticonformity" and "Fire"), and she garnered a Dove nomination for Best New Artist.

While her success might have been a surprise, her path certainly wasn't. Krystal explained, "I knew I would be doing music ministry ever since I could talk.

Serious About Her Calling

Bethany Dillon was only 15 when her 2004 Sparrow Records debut released and became the highest selling female solo debut album for the year. But she didn't let the kudos and cheering fans go to her head. She kept her calling in perspective and knew that God had put her where she was in order to minister to girls her age.

Bethany said, "The people who come up to me after shows are girls in college and high school. They relate to the music because I'm not singing about being fifteen five years ago. I am fifteen."

No longer a teen, Bethany is now a wife and mom, but she still trusts that God has her exactly where He wants her, ministering to the people that need to hear what she has to say.

Sisters who are Not Afraid to Stand Up and Stand Out

BarlowGirl is made up of three sisters: Rebecca, Alyssa, and Lauren Barlow. In 2003, when they signed with Fervent Records, they were 23, 21 and 18 respectively.

In an age when girls are encouraged to go as bare as they dare, try everything once and follow the crowd, the BarlowGirl girls provide a biblical alternative. They aren't afraid to talk about trusting God, purity and standing up for what you believe.

A Family-friendly Alternative to the Sex-driven Teen Pop Scene

Jump5's members were between the ages of 13 and 15 when they signed with Sparrow Records in 2001. For the next six years, they spent their time giving tweens and teenagers what they wanted musically without sacrificing what they needed — healthy, positive messages about being true to yourself, respecting and accepting others, and enjoying all life has to offer.