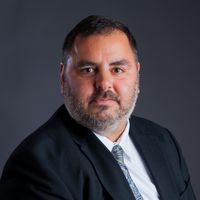 Tom Murse
Tom Murse has been writing about politics and government for over two decades, and has been recognized by the Nieman Foundation for fairness in investigative reporting.
our editorial process
Tom Murse

Is it possible to talk politics without the conversation ending in bruised egos and hurt feelings? Is politics, like religion, a subject too taboo for the holiday gathering or family function? And if someone does unexpectedly start to talk politics at your dinner table, what should you do?

Republicans. Democrats. Libertarians. Greens. Neocons. Ultraliberals. Americans are a diverse bunch, and they're growing increasingly polarized and seemingly more unable by the minute to talk politics in a civilized manner. Usually, a fight breaks out when the topic turns to the upcoming election.

Here are five ideas for how to talk politics and still stay friends with your partisan pals.

If you absolutely must talk politics, one way to avoid messy confrontations is to steer clear of opinions and instead cite facts. Don't say, for example, that you think all Republicans are insensitive or all Democrats are elitists. Steer clear of painting everyone with such a broad brush.

If you find yourself engaged in political debate while trying to enjoy the Thanksgiving turkey, use facts to gently back up your position. This will require some preparation and study the night before a get-together, but a policy discussion that centers on facts and not opinion tends to be one that is more thoughtful and less likely to end in a brawl.

Don't shake your head in disgust. Don't interrupt. Don't sigh. Don't roll your eyes. Don't be a jerk, in other words. There are at least two sides to every debate, two visions for the future, and yours isn't necessarily the right one.

Let your sparring partner have his say, then explain in an even tone why you disagree. Do not use the phrase, "You are wrong." This makes the disagreement personal, and it shouldn't be. Stick to the facts, be respectful, and your holiday gathering should be a smash. In a good way, of course.

The bottom line: Agree to disagree.

See the Other Side

Let's face it: If you were right all the time, you'd be president and not that other guy in the White House. There's a chance you're wrong about some things. It's always good to see an argument through your sparring partner's eyes.

Occasionally, should you feel the need to extinguish what appears to be an escalation of the political rhetoric, stop and say to your friend, "You know, that's a good point. I never looked at it that way."

So you and your pals or in-laws once disagreed over how President Barack Obama had handled the economy, or whether Mitt Romney really understood the middle class. Who cares? That shouldn't have an impact on your friendship.

The bottom line: This is isn't about you. Get over your bruised ego or hurt feelings. Move on. Embrace your differences.

If you really don't have anything nice to say, as the old maxim goes, don't say anything at all. This is especially true when talking politics. If a civil discussion of the issues is impossible with your friends and family, it's best to keep quiet.

Even if they raise force the issue, stay silent. Shrug your shoulders. Duck into the bathroom. Pretend to be distracted by the song playing in the background. Whatever it takes, keep your thoughts to yourself. For silence is the best policy of all in the long run.