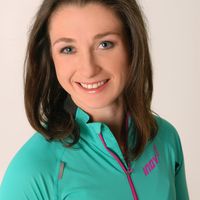 The New York Times referred to the Peak Death Race as part "Jackass" part "Survivor" in a 2009 story. It has been hailed one of the most extreme endurance events in the world.

It's tagline "you may die" draws in a special crowd each year looking to push past what most other events have to offer. The Peak Death Race inspired the Spartan Race and Tough Mudder, both of which are now the more popular, primarily because they're more accessible to a wider range of athletes.

The History of the Death Race

The Peak Death Race began in 2004/2005 in Pittsfield, Vermont. It is the brainchild of two extreme athletes, Joe Desena and Andy Weinberg. Desena's background is in ​multi-day adventure races and Weinberg's is a triathlete and ultra-triathlete. Together, they set out to make a new event which would break all the rules.

The first year had seven participants and by 2014, the list had grown to a maximum capacity of 300. It was around this time that things went south between the founders. A lawsuit entangled the company in 2014, but before that in 2010, the Reebok Spartan Race was created. This newer race made the obstacles easier, is open to everyone, and has since spread to countries all over the world.

The Peak Death Race remains the original and is still run in Pittsfield. The future of the Death Race is relatively unclear, though there are sign-ups available on the Peak website for the Vermont race as well as ones on the other six continents. The website does also note that it's advised to qualify by running a Spartan Race. However, it would be best to check with race organizers for the latest details.

The Death Race doesn't offer participants fancy aid stations, plush transition areas, or trail maps. In the months leading up to the event, required gear lists are sent out to participants. These are apt to change several times prior to the start of the event.

Many of the items required are basic survival gear and each year includes a few items that are rather strange. In years past, participants were required to show up with a bag of onions, a bag of human hair, a Greek textbook, rolls of pennies, pink swim caps, and much, much more.

As well as gear changes prior to the event, several emails are sent to participants announcing the "start" of the race. This also changes several times prior to the actual event day. It is meant to test participants' flexibility prior to any tasks required during the race.

A Race That's Not for the Weary

The event itself consists of many different tasks to tax the mind and body. As Desena once stated, the Death Race aims to get at the center of each participant, make them look within themselves, and see what they really are about, good or bad.

Participants can expect to spend a lot of time doing tasks to benefit the local area. This may be farm work on one of the nearby farms, building stone steps up a mountain, chopping wood, building bridges, or other manual labor. This is normally the first phase of the event and is meant to physically challenge the participants.

When the event started, it was less than 24-hours long. As the event has grown, so has the length of the event. Participants can now expect to race non-stop for over 72-hours.

There is no set finish time, either. As participants race, they have no idea when the event will or will not end. Each participant has two decisions to make: keep moving forward or quit.

The finish rate for the Death Race is around 25 percent and some years it is as low as 10 percent. Each finisher receives a plastic skull for completing the event. It is a simple token coveted by many adventure-seeking individuals.