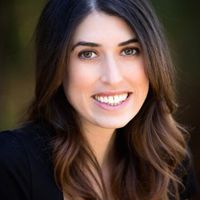 Have you ever felt that your partner is lying to you? Since trust is at the core of any long-lasting, happy, and healthy relationship, this lingering feeling of doubt can weigh on you and your relationship. And if you have the sneaky suspicion that your partner is being dishonest and you feel as though you can’t really believe what he or she says, this should be cause for concern. Fortunately, there are six major signs that can help you recognize if the person you’re dating is a liar.

1. Your Partner Is Vague About His or Her Whereabouts

If you’re trying to figure out if you’re dating a liar, it’s important to consider how open he or she is with you about different aspects of his or her life. Does your partner keep you in the loop about his or her whereabouts and check in with you often? Or does this person tend to be vague and ambiguous about what he or she’s up to or even goes MIA from time to time? When you’re dating a liar, this person will deliberately try to keep you in the dark so that you don’t really know what he or she is doing when you’re not around. And by being vague and tight-lipped, he or she doesn’t have to be accountable to you or be honest with you about your time apart.

One of the key signs that you’re dating a liar is that this person has a tendency to over-exaggerate. For example, this person may be prone to telling personal stories and anecdotes that seem so far-fetched and fantastical that it doesn’t really seem possible that they could’ve actually happened. Along these lines, if you’ve noticed that your partner always has to outdo the stories of others with wild tales that seem improbable or implausible, then he or she is likely lying.

3. Your Partner Doesn’t Deliver on Promises

If you’re wondering if you’re dating a liar, it’s important to take a closer look at his or her actions, rather than his or her words. For example, your partner may make a wide range of different promises to you, such as vowing to take you on an exotic trip to the Bahamas or promising that he or she’s going to pay you back for rent. However, in most instances, liars tend to promise you the world but not actually deliver on anything that he or she had said. And while you’d like to take your partner at his or her word and believe that he or she is honorable and truthful, you may come to realize that these promises and pledges are empty and meaningless.

4. Your Partner Contradicts Him or Herself

If you’re noticing that your partner often contradicts him or herself and that dates, times, and details that this person has mentioned to you don't really add up or make sense, this is a clear sign that he or she isn’t being honest. For many people who decide to lie, it can be challenging for them to get the facts straight and remember who they told what to and when. For instance, if your partner mentioned that he or she left work at five on the dot and went straight home but then later told you that he or she stayed at work until eight o’clock, these inconsistencies should sound off an alarm in your head that he or she isn’t being entirely honest with you.

5. Your Partner Always Has an Excuse

Have you ever noticed that your partner tends to come up with excuses that vindicate him or herself from blame, wrongdoing, or suspicion? If you’re trying to determine if you’re dating a liar, you should re-examine the excuses that he or she tells you since they may not be totally truthful. Many liars often fabricate far-fetched excuses that can sometimes go to extremes to cover up their tracks. For instance, if your partner was late to a dinner you planned, he or she may blame it on a massive tire blowout, a dead phone battery, or lost apartment keys rather than simply admitting the real reasons why he or she wasn't on time. Liars often avoid admitting any fault at all costs and typically come up with different reasons as to why they’re never the one in the wrong.

When it comes to trying to sniff out a liar, it’s vitally important to trust your instincts. If you feel that something is off with the person you're dating and you have a suspicion that he or she is being misleading or deceptive, you should believe what your gut is telling you. In many instances, your own natural instincts can help to clue you in that your partner is hiding things from you, cheating on you, and keeping you in the dark about different aspects of his or her life. And when you're trying to figure out if you're with a liar, it's vitally important to trust in yourself.