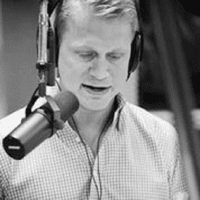 Wes Moss, CFP, is the chief investment strategist at Capital Investment Advisors and the host of Money Matters, a popular call-in radio show based in Atlanta. He's motivated by the basic philosophy that people can retire sooner than they think, which he wrote a book about in 2014. Wes has served as a financial expert for media outlets like CNN, CNBC, and Fox Business Network. He was named one of America's top 1,200 financial advisors by Barron's every year from 2014 to 2019.

A record 10.4 million households had a net worth of $1 million or more in 2015, according to a 2016 study. That’s a lot of millionaires! But would you really know if a millionaire was standing next to you? While your mind may conjure up the jet-setting rich that are the subjects of many over-the-top reality shows, the truth is that you might already know people with a net worth of over seven figures.

You see these people every day of the week. They drive Toyotas, Hondas, Kia’s, and the occasional Jeep Cherokee. They have saved for a long time and finally find themselves in a position to quit their job and live life on their own terms. Here are ten secrets that these “rich” people have in common:

1. Job Stability: Contrary to popular belief, there are many millionaires out there that weren’t handed a trust fund, nor did they make a million dollars overnight during the internet boom. They are people who stayed with one employer for a very long time—sometimes 30 or 40 years. Staying with the same company for many years can offer big rewards, including a very nice ending salary, significant pension benefits, and hefty 401K balances. While it seems foreign to think about working for the same employer for two decades or longer these days, there are still a number of people who do it, including teachers and other government workers.

2. Steady Savers: The majority of rich retirees began making the maximum contribution to their 401(k)s in their 20s or 30s. Remember, every dollar you put into your 401(k) is pre-taxed, which is a huge benefit. Additionally, many companies offer matching contributions, which is free money to you. Be sure to check with your human resources department to find how much you need to contribute to receive the match. In 2015, contributions limits have increased by $500, and you can save $18,000 in your 401(k), 403(b), 457, or the federal government’s Thrift Savings Plan. The catch-up contribution limit for anyone who turns 50 in 2015 will also increase, from $5,500 to $6,000 (for a maximum contribution of $24,000).

3. Save the Raise: One of the great moments in all of our careers is the day we’re told we're getting a raise. While it would be so easy to go out and spend that extra money on a new boat or vacation, one trick I’ve seen these savers use is saving at least half of pay raises. Those dollars can end up in retirement or brokerage accounts, compounding, to give you more money later.

4. Investors: Millionaires who own stocks tend to hold their investments for decades (not just years). They let their dividends re-invest over time and thus participate in the long-term growth of our economy. This makes them different from “savers,” who only invest in CDs or money markets.

5. Not Afraid to Ask for Advice: Most millionaires aren’t do-it-yourself (DIY) investors. They know what their strengths are, and if their strengths don't lie in investing and financial planning, they leave it up to the experts.

6. Pay off the Mortgage: One key “rich” person move—and a characteristic of the happiest retirees—is to get rid of the mortgage by age 65. This may mean making two or three extra payments per year or paying a little extra on each monthly mortgage payment. This Bankrate.com mortgage payoff calculator can show you how extra payments can move you closer to a mortgage-free life, as well as how much interest you can save by increasing your mortgage payment.

7. Don’t Indulge in Fancy Toys: According to the Spectrem Group, which has tracked and polled the nation’s richest households for years, “millionaires tend to be conservative with their spending and aren’t out there buying mink coats and jewelry every day.” Very few millionaires own BMWs, Mercedes, $3,000 watches, or $5,000 suits. Nearly 40 percent of the “rich” buy their cars used.

8. Good Credit: The better your FICO score, the lower the interest rates you will pay on your mortgage and car loans. The “rich” do this by carrying low debt loads.

9. Goal Setting: Rich people don’t just stumble upon success. They plan out and prioritize their goals and determine how to execute them. Millionaires have a clear vision of what they want and take the steps necessary to get there.

10. Real Estate: Most “rich” people buy homes that are not overly priced or extravagant in rentable areas. They maintain them appropriately or rent them out consistently. They pay down their mortgages and ended up with cash-flowing assets that help to build their net worth slowly over 30 years.

The secrets to becoming a millionaire are not as mysterious as you might think. Small tweaks, goal setting, and long-term financial planning can move you closer to that seven-figure number.

The Balance does not provide tax, investment, or financial services advice. The information is being presented without consideration of the investment objectives, risk tolerance or financial circumstances of any specific investor and might not be suitable for all investors. Past performance is not indicative of future results. Investing involves risk including the possible loss of principal.