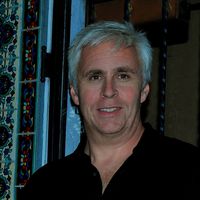 Matt Jaffe
Matt Jaffe is a journalist specializing in outdoor recreation, travel, and the environment. He is a contributing writer for Los Angeles magazine and writes a column on hiking and the outdoors for the Los Angeles News Group.
our editorial process
Matt Jaffe

The first thing to remember about mountain lions is that they really don’t want to have anything to do with you. It’s nothing personal, but their survival depends on avoiding people. And with largely nocturnal habits and an aversion to well-traveled trails, mountain lions (also known as cougars or pumas) are pretty good at staying away from us. The fact is that the overwhelming majority of hikers can spend decades on the trail and never see a mountain lion.

According to the Mountain Lion Foundation, only 14 fatal attacks on humans have occurred in North America during the past 100 years. To put that in perspective, 15,000 people were killed by lightning in that same period.

Despite these statistics, mountain lions are present in many state and national parks in western states. So it’s a good idea to familiarize yourself with mountain lion safety. Here are some tips from the Mountain Lion Foundation and National Park Service.

How to Avoid Mountain Lions

Never Hike Alone: You’ll be safer and the extra noise helps alert mountain lions that there are people in the area.

Pay Special Attention at Dawn and Dusk: Prime hiking hours in early morning and early evening overlap with the times when mountain lions are active.

Keep Children Close and Dogs on Leashes: Children and smaller individuals are more likely to be attacked. And a dog running ahead on a trail is easy prey for a mountain lion.

Stay Clear of Deer Kills: Deer are the favorite prey of mountain lions and a fresh kill is a sure sign of a nearby mountain lion. If you come upon an older, partially buried carcass, immediately leave the area. Mountain lions return to feed and will defend their kill.

Watch Your Back: Bending and crouching can make you appear more like prey to a mountain lion and leaves your head and neck vulnerable to attack.

What to Do During an Encounter

Don’t Approach Mountain Lions: Seeing a mountain lion is a memorable experience. But keep your distance and slowly leave the area, especially if you meet up with a mother and her kittens.

Look for Warning Signs: Like housecats, mountain lions are curious and may observe you for a while before disappearing. If, however, the mountain lion is crouching, snarling, or begins stalking, an attack may be imminent.

Make Yourself Look Bigger: Wave your arms slowly over your head and open your jacket or shirt to appear as large as possible. Yell, clap your hands, or bang on objects to scare off the mountain lion. Carefully (and while minimizing any crouching) pick up children and put them on your shoulders.

Don’t Run: Turning and running can stimulate a mountain lion’s chase instinct. Instead, back up slowly while speaking firmly and loudly and maintaining direct eye contact. Be aware of what you can throw at the lion if it begins to act aggressively. But don’t assault a mountain lion that isn’t showing threatening behavior.

Fight Back: In the unlikely event of an actual attack, use whatever you can—fists, rocks, sticks, backpack—to fend off the mountain lion. Try to remain standing and get up if you’re knocked down.