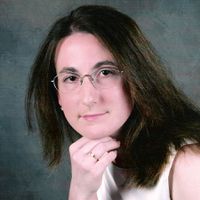 Melissa Mayntz
Writer
Melissa Mayntz has been a birder and wild bird enthusiast for 30+ years. She has over 16 years experience writing about wild birds for magazines and websites.
our editorial process
Melissa Mayntz

Many real birds are truly amazing, with nearly unbelievable plumage, voices, and behaviors, but human imagination is greater still and a wide range of fictional birds are part of our culture. The more you learn about fictional birds, the more you can be astonished by their real-life avian inspiration.

The basic definition of fiction is something that is imaginary, but fictional birds are more difficult to define. Many birds familiar in literature, such as Edgar Allan Poe's iconic raven or Harry Potter's snowy owl companion Hedwig, may be fictional characters, but the bird species are very real. Books, movies, and even cartoons often feature birds either as main characters or as pets or sidekicks, and while they may be simplified depictions, they are not strictly fiction. A truly fictional bird, though it may be loosely based on a real bird, is one that may talk or have a job or even dress in clothes but is found in no field guides, is on no birder's life lists, and truly is an imaginary species.

There are many different fictional birds of all shapes, colors, and personalities. Not only do fictional birds and bird-like characters figure largely in religious beliefs, literature, poetry, music, art, and film, but they are often seen as mascots or symbols. The more popular, familiar and spectacular make-believe birds include:

These are just a few of the more widespread, recognizable fictional birds, undoubtedly Hollywood, authors, musicians, and artists will continue to find inspiration in birds, and more famous bird characters will become part of our fictional birding fun.