Need for Speed: Most Wanted Cheats for Xbox 360

Get ahead with codes and secrets for the Xbox 360 version

Entertainment
Jason Rybka
Jason Rybka
Writer
Jason Rybka is a PC and Console gaming writer with expertise in gaming exploits. Jason was also the developer/owner of Xbox Solution and other web properties.
Learn about our Editorial Process
Reviewed by
Michael Barton Heine Jr 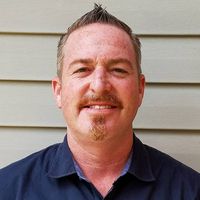 These cheats apply to the Xbox 360 version. There are also cheats for Need for Speed: Most Wanted on PlayStation 2 and the original Xbox version.

Using the Xbox 360 controller, input cheat codes at the screen that says Press Start. If entered correctly, you'll get a message indicating that the cheat was successful. Press the following buttons on your Xbox 360 controller for the desired effect.

How to Avoid Impound Strikes

How to Remove Strikes

If you have strikes from getting busted by the cops, turn off the Xbox 360 the next time you are pulled over. You'll lose any unsaved progress, but your strikes will be gone when you load your game data.

How to Improve Car Performance

After upgrading your vehicle, pause the game and choose Performance Tuning from the menu. Set the Height of your car to -1 for better handling. For better gripping, set the Height to -2, or set Aerodynamics to +1.

How to Get Easy Money

Compete in an easy race, such as a drag race. After winning the prize money, return to the safe house. Then compete in the same race again. Repeat until you have the funds you need.

How to Fully Upgrade Cars

Completing the Burger King Challenge unlocks Junkman parts, which are required to fully upgrade your vehicles. Max out any car in the shop, then add the desired Junkman parts and upgrade it again.

How to Get a Quick Start

If you accelerate at the exact moment the needle turns blue at the start of a race, you'll get a head start.

How to Use Nitrous

Using nitrous adds weight to your acceleration so that you go straight. Nitrous can be a lifesaver when you're on the verge of spinning out of control. Use it in combination with Speedbreaker to get around tough corners at top speed.

How to Unlock Blacklist Cars in NFS: Most Wanted

When you beat a Blacklist boss, you get to choose from a list of rewards. All of them except for Blacklist Boss 2 have cars as potential prizes you can win.