Need For Speed: Most Wanted PC Cheat Codes and Unlockables

How to unlock every car in the game on Windows PCs

Entertainment
Jason Rybka
Jason Rybka
Writer
Jason Rybka is a PC and Console gaming writer with expertise in gaming exploits. Jason was also the developer/owner of Xbox Solution and other web properties.
Learn about our Editorial Process
Reviewed by
Jerrick Leger 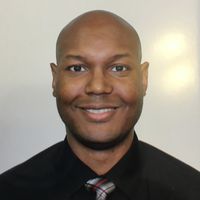 Jerrick Leger is a CompTIA-certified IT Specialist with more than 10 years' experience in technical support and IT fields. He is also a systems administrator for an IT firm in Texas serving small businesses.

Electronic Arts' open-world racing game Need For Speed: Most Wanted is the nineteenth title in the long-running franchise. It came out for Microsoft Windows, PlayStation 3, Xbox 360, PlayStation Vita, iOS, and Android in 2012. A Wii port followed a year later. It received generally positive reviews from critics who praised its world map and social features.

If you're just getting started with the game and looking for some help, here is a list of cheat codes and unlockables for Most Wanted's many vehicles.

Enter any of the below cheats at the Main Menu.

How to Unlock Vehicles in Need For Speed: Most Wanted on PC

Here's a quick guide on what cars you can unlock and the requirements for doing so.

Here's how to make more money.

When you want to sell a car, always take it to the tune-up shop first and sell all the parts. The selling price of the car is the same either way.

If you have Need for Speed: Underground 2 installed on your computer and you begin a new career, you start off with $10,000.