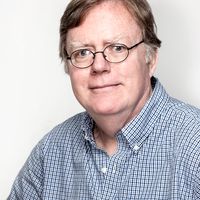 The boxer John L. Sullivan occupied a unique place in late 19th century America, as he rose to enormous fame in a sport previously considered an illegal and even morally degraded diversion. Before Sullivan, no one could make a legitimate living as a prizefighter in America, and bouts were held in secret locations, hidden from the authorities.

During Sullivan’s rise to prominence, the fight game became mainstream entertainment, despite being frowned upon by polite society. When Sullivan fought, thousands gathered to watch and millions paid attention via news bulletins relayed by telegraph.

A native of Boston, Sullivan became the great hero of Irish Americans, and his portrait decorated barrooms from coast to coast. It was considered an honor to shake his hand. For decades politicians who had met him would campaign by telling voters they “could shake the hand that shook the hand of John L. Sullivan.”

Sullivan’s fame was something new in society and his celebrity status seemed to mark a cultural turning point. During his boxing career, he was admired by the lowest classes in society, yet was also received by political figures including presidents and Britain’s Prince of Wales. He lived a very public life and negative aspects of it, including episodes of marital infidelity and numerous drunken incidents, were widely known. Yet the public tended to remain loyal to him.

In an era in which fighters were generally, disreputable characters and fights were often rumored to be fixed, Sullivan was regarded as incorruptible. “I was always strong with the people,” Sullivan said, “because they knew I was on the level.”

John Lawrence Sullivan was born in Boston, Massachusetts, on October 15, 1858. His father was a native of County Kerry, in the west of Ireland. His mother had also been born in Ireland. Both parents were refugees from the Great Famine.

As a boy, John loved playing various sports, and he attended a commercial college and received a good practical education for the time. As a young man, he served apprenticeships as a tinsmith, plumber, and mason. None of those skills turned into a lasting job, and he remained focused on sports.

In the 1870s fighting for money was outlawed. But a common loophole existed: boxing matches were billed as “exhibitions” in theaters and other venues. Sullivan’s first bout before an audience was in 1879 when he defeated an older fighter in a match that took place between variety acts in a Boston theater.

Soon after, part of the Sullivan legend was born. At another theater engagement, an opponent saw Sullivan and quickly departed before they fought. When the audience was told the fight would not happen, hissing broke out.

Sullivan walked onstage, stood before the footlights, and proclaimed something that would become his trademark: “My name’s John L. Sullivan and I can lick any man in the house.”

One member of the audience took Sullivan up on the challenge. They squared off on stage and Sullivan put him back into the audience with one punch.

Sullivan’s rise to prominence came at a time when fights were moving away from the illegal bare-knuckle contests to more controlled bouts in which participants wore padded gloves. The bare-knuckle contests, which were fought under what was known as the London Rules, tended to be feats of endurance, lasting dozens of rounds until one fighter could no longer stand.

As fighting without gloves meant a strong punch could injure the puncher’s hand, as well as another’s, jaw, those bouts tended to rely on body blows and seldom ended dramatically with knockouts. But as fighters, including Sullivan, adapted to punching with protected fists, the quick knockout became common. And Sullivan became famous for it.

It was often said that Sullivan never really learned to box with any strategy. What made him outstanding was the strength of his punches and his stubborn determination. He could simply absorb enormous punishment from an opponent before landing one of his ferocious punches.

In 1880 Sullivan wanted to fight the man considered the American heavyweight champion, Paddy Ryan, who had been born in Thurles, Ireland, in 1853. When challenged, Ryan dismissed Sullivan with the comment, “Go get yourself a reputation.”

After more than a year of challenges and taunts, a much-anticipated fight between Sullivan and Ryan was finally held on February 7, 1882. Conducted under the old, and illegal, bare-knuckle rules, the fight was held outside New Orleans, in a location kept secret until the last minute. An excursion train carried thousands of spectators to the venue, at a small resort town called Mississippi City.

The headline on the front page of the next day’s New York Sun told the story: “Sullivan Wins the Fight.” A sub-headline read, “Ryan Badly Punished By the Heavy Blows of His Antagonist.”

The front page of the Sun detailed the fight, which lasted for nine rounds. In several stories, Sullivan was portrayed as an unstoppable force, and his reputation was established.

Throughout the 1880s Sullivan toured the United States, often issuing challenges to any and all local fighters to meet him in the ring. He made a fortune but seemed to squander it away just as quickly. He developed a reputation as a braggart and a bully, and countless stories of his public drunkenness circulated. Yet the crowds loved him.

The sport of boxing was heavily promoted throughout the 1880s by the popularity of the Police Gazette, a sensationalistic publication edited by Richard K. Fox. With a keen eye for the public mood, Fox had transformed what had been a scandal sheet covering crime into a sports publication. And Fox was often involved in promoting athletic contests, including boxing matches.

Fox had backed Ryan in the 1882 fight against Sullivan, and in 1889 he again backed a Sullivan challenger, Jake Kilrain. That bout, conducted beyond the reach of the law in Richburg, Mississippi, was a huge national event.

Sullivan won a brutal fight which lasted for 75 rounds over two hours. Again, the fight was front-page news across the country.

With Sullivan’s place in athletics secure, he tried to branch out into acting in the 1890s. He was, by most accounts, a terrible actor. But people still bought tickets to see him in theaters. In fact, wherever he went people clamored to see him.

It was considered a great honor to shake hands with Sullivan. His celebrity status was such that Americans, for decades, would tell stories of having met him.

As an early sports hero in America, Sullivan essentially created a template that would be followed by other athletes. For Irish Americans, he held a special place for generations, and prints of him in a fighting pose adorned gathering places such as Irish social clubs or barrooms.

John L. Sullivan died February 2, 1918, in his native Boston. His funeral was a massive event, and newspapers across the country printed reminiscences of his illustrious career.