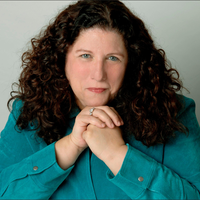 The marriage of Jerry Seinfeld to Jessica Sklar didn't seem destined for greatness or longevity when their courtship began twenty years ago. Although scandal tainted the relationship from the start, the couple would prove the doubters wrong.

Seinfeld — co-creator of the wildly successful and long-running Seinfeld TV show, multi-millionaire comedian and previously one of America's most eligible bachelors — initially met Jessica Sklar, a public relations executive for Tommy Hilfiger, in 1999.

The backstory: Jessica and Jerry's romance began at the Reebok Sports Club (now owned by Equinox, it's known as Sports Club New York). This exclusive health club on New York City's Upper West Side had an inline skating track, a 45-foot tall rock-climbing wall, and exercise classes with names such as "Lower Body Blast."

While the lovebirds were having their own blast, there was one big impediment to their bliss:

Not only was the 28-year-old Sklar already married... she was a newlywed who had just returned from a three-week honeymoon in Italy with Broadway show producer Eric Nederlander.

Clearly, Jessica's first marriage was over as soon as she was struck by Seinfeld's kevorka. Sklar and Nederlander divorced shortly afterwards.

A Proposal She Couldn't Refuse

Taking to motherhood and empathizing with others less fortunate, in 2001, after the birth of her first child, Mrs. Seinfeld launched Baby Buggy, a charity that provides clothing and gear for the infants and young children of poor, abused, addicted, and homeless families. The organization since has donated over 16 million items, created a national network to help those in need in local communities, and created a volunteer force of more than 37,000 individuals. Her work inspired her husband to set up the Baby Buggy Fatherhood Initiative, which aims to encourage fathers to spend time with their children.

Baby Buggy has been subsumed in the corporate-sponsored Good+ Foundation, which now counts over 45,000 volunteers in its ranks to help families break the cycle of poverty. The foundation remains committed to delivering goods that growing children need, including cribs, high chairs, diapers, strollers and other essential supplies. It also offers parenting support. A third of the families that the organization serves are homeless or living in a shelter. It recently reported $42 million worth of items donated and a nationwide network of 125 antipoverty programs.

In the Kitchen with Jessica Seinfeld

A home cook and author as well as the charity founder, Jessica Seinfeld released Deceptively Delicious: Simple Secrets to Get Your Kids Eating Good Food in 2007, a cookbook based on feeding children vegetables without their knowing it.

Initially accusations of plagiarism dogged the cookbook. Allegedly more than a dozen of the same recipe ideas in Seinfeld's book appeared in another author's cookbook published earlier in the year.

As a thank you to Oprah Winfrey for featuring her on the show to promote the book, Jessica Seinfeld sent Oprah, one of the richest women in the world, 21 pairs of shoes valued at approximately $18,000. Primarily the red-soled Christian Louboutin brand, these shoes sold for around $750 per pair.

Once again, Jessica Seinfeld, the former public relations flack, found herself on the wrong end of public opinion, leaving people wondering, "What was this woman thinking?"

However, those embarrassments did not deter her. She published a follow-up, Double Delicious!: Good, Simple Food for Busy, Complicated Lives in 2010 and then authored The Can't Cook Book: Recipes for the Absolutely Terrified in 2013. She has since published more. The latest, which went live in 2017, is Food Swings: 125+ Recipes to Enjoy Your Life of Virtue & Vice: A Cookbook.

More recently, Mrs. Seinfeld has been active on social media, particularly on Instagram, where she portrays the family's adorable dachshunds, their friends, and mouthwatering food and recipes. Eagle-eyed viewers will notice Jessica's transformation from a dark-haired beauty to a casually glamorous, short-haired blonde.

So to all who scoffed at the union of Jerry and Jessica, the proof of their love is in the staying power of this enduring and apparently quite happy and productive marriage.