How to Get Rid of Frown Lines 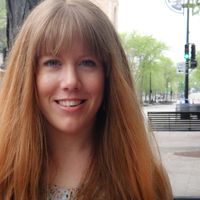 Jen Adkins is a beauty writer and licensed cosmetologist. Her biggest passion is sun protection and sun safety, and she loves to educate readers on how to best take care of their skin. She graduated cosmetology school in 1997, and holds a license to practice cosmetology in the state of Wisconsin.

Frown lines - those lines that span across your forehead, are a source of frustration for anyone trying to look youthful.  It seems like no matter what you do, nothing seems to make them go away.

We wanted to know if there really was anything that could be done at home to smooth these wrinkles, so we reached out to one of the top experts on facial aging, Dr. Glogau to get some answers. Dr. Glogau lectures widely on the aesthetics of facial beauty and the aging face, and the use of facial fillers, botulinum toxin, and lasers. He is the author of four textbooks, 27 book chapters, and more than 50 journal articles.

Dr. Glogau has been recognized annually as one of the Best Doctors in America, and has been quoted widely in The New York Times, Wall Street Journal, Los Angeles Times, Time Magazine, and The Economist, and has made numerous media appearances including ABC’s 20/20. He serves as consultant and investigator to multiple companies operating in the cosmetic and medical device market.

What exactly are frown lines?
Frown lines are the lines in the skin which are formed by the movement of muscles of expression, so-called dynamic lines because they depend on motion for creation as opposed to lines from photo damage (lifetime sun exposure).

When do people typically see early frown lines starting to form?
People in general form frown lines between the brows as they scowl repetitively. Eventually as the skin ages, the elastic fibers in the skin fracture and the skin no longer recovers quickly from being folded. The lines begin to be "etched in" and no longer disappear, even when the face is at rest.

What are the biggest frown line instigators?
Besides conversational stress, frown lines can be aggravated by a number of things: failure to wear sunglasses to avoid squinting, failure to wear reading glasses while working at a computer screen or watching TV, or even reading a book. And computational tasks like balancing your checkbook, doing taxes, filling out applications, can all bring a frown to the brow.

What can young people do today to prevent frown lines in the future?
Wear your sunglasses, wear your reading glasses if needed, practice not frowning when you talk by watching yourself in the mirror when you talk on the phone for example.

What in-office procedures are best at minimizing frown lines?
Botulinum toxin (Botox® Cosmetic™, Xeomin®, and Dysport®) can relax those muscles so you can't make the expression.  For patients who don't want botulinum toxin, a filler of hyaluronic acid (Juvederm®, Restylane®, Belotero®) can soften the lines but generally does not give as complete an effect as botulinum toxin.

Is there anything that we can use at home to soften frown lines?
The market has a number of patches or tapes which can be used at night while sleeping to lessen involuntary frowning. Popularly known as "frownies" they can modify the less severe lines with continued use. Topical anti-wrinkle creams including prescription drugs like Retin-A®, don't affect the lines because the primary cause of the lines is movement, not the texture and quality of the skin.

Do you have any final tips?
Once you start treatment of these lines with botulinum toxin, you need to keep the brows relaxed for several months for the skin to remodel completely and the lines to disappear. Before treatment, if you stretch the skin between the brows and still see some lines, they are "etched in" and require absence of movement for several weeks for the skin to smooth out completely. So the botulinum toxin may "kick in" in as few as two days, but the skin will not go smooth completely for quite a while.

Dr. Richard G. Glogau is a graduate of Harvard Medical School and is Clinical Professor of Dermatology at the University of California San Francisco. He is an internationally recognized expert in cosmetic and surgical dermatology with a private practice in San Francisco as a leader in cosmetic dermatology.