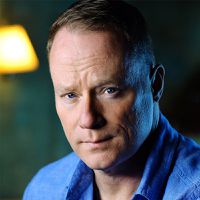 Learn about our Editorial Process
01
of 04

Origin of the Ivy League Haircut

The Ivy League Haircut (sometimes called a Princeton) is one of my all-time favorite haircuts. It's stylish and masculine, but still versatile for a short haircut. This popular haircut, which almost never goes out of style, is named Ivy League because of its origin in the Ivy League schools. There is some debate debate on whether this hairstyle started at Harvard University or Princeton (as the haircut is sometimes called). Whatever the origin, the haircut remains popular as a stylish short haircut which is suitable for most men.

How an Ivy League is Cut

A variation of the crew cut, an Ivy Legue haircut is close and high on the sides and back with a clipper. How tight the haircut is worn is a personal preference, but I often take them as close as possible with a clipper or leve the sides and back a little longer for a more conservative look. For the top, the hair is cut shorter at the crown (often as close as about a half) inch and gradually gets longer towards the front (I like to leave the front around one inch). The idea is that the hair conforms to the shape of the head, with a little extra height in the front. Of course, the shape of the head and texture and density of the hair (as well as the client's length preferences) are all determining factors on how short the overall haircut should be. Unlike a buzzcut, the Ivy League is a short style with a little shape.

One thing I really like about the Ivy League style is that it can be quite versatile for a shorter haircut (in fact, it's sometimes called the "convertible" haircut as it can convert from one style to another). The top can be combed to the side for a more formal look, the style can be worn with the hair brushed up to resemble a long crewcut, or it can be simply brushed forward as you would a Caesar haircut for the ultimate low style.

The type of styling product to use for this cut is a personal preference. In general, the finer the hair the lighter the styling product that will be used. For the side-parted, more formal styling, I like a pomade such as Grant's Pomade to add some shine to the cut and allow you to create a very groomed, parted style. If you're going with the crewcut styling or Caesar type styling, I would recommend a matte paste styling product for a more casual finish. The Ivy League can also be styled messy with texture (as Daniel Craig often wears) for a more casual, aggressive appearance.

What to Ask For

First, do you choose a barber or a stylist? I would recommend a barber for the Ivy League Haircut as it is a shorter style which barbers typically handle best. The Ivy League is an old-school style and the term may not be familiar to younger barbers. It's also important to keep in mind that many men's haircutting terms are not standardized, so the term Ivy League haircut could mean something different from one barber to the next. My recommendation for getting the exact haircut you want is to always always always take a photo with you. Notice I said "always?" A picture says a thousand words, as they say, and it is the best way to show your haircutter exactly what you want. If you want to try to explain the person who is going to cut you hair what length you want on the sides and back and let the know you want the hair short at the crown and and longer at the front. You tell them you want an Ivy League haircut, but because of the lack of standard terms in men's haircutting, it's always best to explain what you're looking for as well.