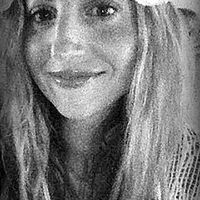 Jodie Michalak
Contributing Writer
Jodie Michalak is a cosmetologist and contributing writer for Byrdie where she covers the tattoo space.
Learn about our Editorial Process

Why not get inspired by Dave Navarro's eclectic tattoos? He's not afraid of needles.

No stranger to the tattoo chair, Dave has an eclectic story and a mix of tattoos that make his body art just so appealing. That and the fact that he has an equally dark charisma that seems to mimic his random choice of tattoos flawlessly.

With a fancy towards black work, Dave celebrates cultures, myths and legends on his body canvas.

Here's a look at the host with the most tattoos. Ink Master's very own Dave Navarro.

Oh yes he did. Dave Navarro must be a romantic, as he celebrated his ex-wife Carmen Electra in ink with her initials on his sternum. Unlike Johnny Depp and his Winona tattoo, Dave

rather than covered up his tattooed lover's name mistake. On top of being easy-going with his own flubs, Dave admits to dealing well with tattoo artist errors, revealing many times his lack of planning resulted in a sloppy tattoo he lives with daily. Dave Navarro seems like a live and let live sort of guy and his tattoos represent that. If you're ready to take a chance on love like Dave Navarro, step right up and ink your lover's name or initials somewhere on your body. No regrets.

Dave Navarro must feel batty. He has two nocturnal bats on each side of his front shoulders. Bats can be worn for many reasons, including to offer protection or to pay ode to the darker side of life. Often associated with demonic influences, bats can also signify a peaked interest in sexual stimulation. Bats can also symbolize Batman and superhero tendencies. There's no greater mystery than the personal meaning of a bat.

Dave has several animal tattoos that signify greater personal meaning. On his arms, a pig is surrounded by a snake tattoo. Both tattoos can be worn to depict evolution and change as well as sexual energy or sinful temptations. Dave claims his snake tattoo represents how he sees the world today. If you opt for an animal design, make sure you find one that has a personal meaning and it will be that much more intriguing to you.

In addition to his artist's own hand, Dave Navarro celebrates Gustav Klimt with tattoo adaptions based on Hope I and Death and Life paintings. If you have a favorite piece of artwork, take it to your tattoo artist and get creative. Rework the piece and make it your own or keep the original. Dave paid tribute to his mother in the maternal piece Hope I , which featured a peaceful pregnant woman embracing her womb despite scornful public stares.

Dave Navarro is a mama's boy at heart. Not only did he opt to salute mom with his Gustav Klimt Hope I piece, he has two more tattoos in tribute to his mother, one of her name located on his lower back that he claims is his favorite piece, as well as a portrait on his rib cage inked by non other than tattoo queen Kat Von D. Mom tattoos continue to be a popular (for obvious reasons) tattoo choice for both men and women. When in doubt, remember mom! With over thirty-something eclectic tattoos, even Dave played it safe and picked a few designs that will never go out of style.