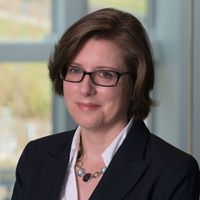 Acid trip movies are one way for people who have not taken lysergic acid diethylamide (LSD) to understand better what the experience is like, and perhaps get a sense of why people might take the drug. The experience of LSD intoxication is so personal that it's difficult to portray accurately on film, but that hasn't stopped filmmakers from trying. Ranging from the earnest to the ridiculous, here are five acid trip movies, which are very different attempts to portray—or exploit—the mind-bending effects of drugs on film.

As one of the best-known movies about the LSD experience, Easy Rider is the archetypal portrayal of the acid trip. It not only attempts to show what an acid trip is like for users, but it also reflects the attitudes and challenges of lysergic acid users at the peak of the drug's popularity in the 1960s.

Easy Rider contrasts the very different LSD experiences of the two central characters. While Peter Fonda`s character has a bad trip in which he faces some difficult feelings about his mother, the second character, played by Dennis Hopper, uses LSD primarily as a ​party and play diversion, which he pairs with casual sexual encounters. The central statement of the movie, made by Jack Nicholson`s character, is that society is threatened by individual freedom, as expressed through drug use.

Fear and Loathing in Las Vegas

Johnny Depp's portrayal of the over-the-top, quasi-autobiographical acid trip binges of larger-than-life personality Hunter S. Thompson could lead naive viewers of Fear and Loathing in Las Vegas to make the grave mistake of thinking that Thompson's wildly excessive drug use somehow contributed to his exceptional intelligence, vivid imagination, and impressive accomplishments. The much more likely interpretation is that he happened to be in possession of his talents before his drug use, and his success in spite of his drug use was largely a result of good fortune.

The dramatic hallucinations and disordered thought processes illustrate what can happen on a bad trip. But consider this to be an exaggeration of what most people experience, which is typically less dramatic. It should also be considered that most people would not be able to cope with this level of delusion and hallucination without serious consequences. The main character is seen driving while tripping on acid, which would be very dangerous and likely to lead to a car accident.

This well-meaning effort by Jack Nicholson attempted to educate young people on what to expect from LSD. The Trip is very much a product of the times—the 1960s—when LSD was heralded as a promising new way for people to break down the repressions of society and uncover a deeper understanding of humanity. Modern viewers might snigger at the antiquated efforts at special effects, as a film is used to try and convey the hallucinogenic experience of LSD.

The Trip portrays the experience of LSD in idealistic terms, presenting it as the self-reflective, emotionally supported voyage of self-discovery that many LSD users seek but few find. Viewers should anticipate the likelihood of experiencing something like The Trip from taking LSD as about on a par with the likelihood of their next blind date turning out to be the stuff of a romantic comedy—possible, and perhaps desired, but not particularly likely.

The Men Who Stare at Goats

Viewers interested in movie portrayals of the LSD experience will probably welcome The Men Who Stare at Goats as a more recent interpretation than the self-indulgent hippy movies set in the 1960s. The A-list cast might also be an attraction, as this film boasts the likes of George Clooney, Ewan McGregor, Jeff Bridges, Kevin Spacey, and Robert Patrick. In typical postmodern fashion, the cast is enjoying the premise, and the opportunity to work together, which somewhat overshadows the message of the movie—it comes across more like a celebrity get-together than a convincing story.

The story itself is quite implausible as well. It's hard to distinguish between the interwoven elements of drug experiences, psychic phenomena, paranoia, drug or trauma-induced mental illness, and conspiracy theory. Overall, the plot is so ridiculous; it descends into a mockery of the delusional mind of the LSD user. Some might find this funny, but it's hard to be amused if you have any concern for people who suffer from drug-induced mental illness.

Another relatively modern spin on the theme of the acid trip, Harvard Man incorporates a long, intense acid trip into a string of implausible movie cliches.

While it's difficult to extract anything meaningful regarding the LSD experience from the movie, the special effects used to portray the visual distortions and hallucinations experienced on LSD benefit from the application of modern techniques.

These five acid movies provide a dramatic and probably quite unrealistic vision of what it's like to get high on acid. In reality, it's a very unpredictable drug that affects everyone differently and is often disappointing to those who have seen the movies and expect it to be more exciting and entertaining than it is.