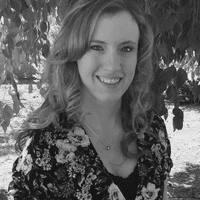 Felix Mendelssohn (born Jakob Ludwig Felix Mendelssohn Bartholdy; February 3, 1809–November 4, 1847) was a German composer. During his life, his work straddled the division between Classical techniques and Romantic influences, and he eventually became one of the most popular composers of his time.

Felix Mendelssohn was born to Abraham and Lea Mendelssohn in the independent German city-state of Hamburg in 1809. He was the second of the couple’s four children. Although Abraham and Lea were Jewish, they renounced their religion, declined to have their son circumcised and converted the family to Christianity—much to the dismay of Abraham’s father Moses, who was a noted Jewish philosopher. The family took the surname Bartholdy and focused on a secular upbringing.

The family moved to Berlin in 1811, partly over concerns that they were in danger because Abraham’s bank had assisted in breaking Napoleon’s blockade. Their household was quite musical from the start, with both Felix and his older sister Fanny demonstrating a natural knack and passion for music. Felix was taught by Ludwig Berger on the piano and trained as a composer by Carl Freidrich Zelter, who was a significant influence on his style. As a young student, Mendelssohn proved to be quite precocious, composing several works and making his performance debut in Berlin at age nine.

Mendelssohn was brought up in a cultured and intellectual environment, with notable figures of the day often visiting his parents’ salon. His sister Fanny also gained a reputation as a proficient composer, but because it was not socially permissible for a woman to be a professional musician, she remained in the private sphere.

At the age of sixteen, Mendelssohn wrote what would come to be considered his first major work: his String Octet in E-flat major. He followed it with the well-received Overture to a Midsummer Night’s Dream in 1826, which marked a high point in his early career and is still considered by music scholars to be one of his finest works. (The famous “Wedding March” comes from this work.)

It was during this period of his life that Mendelssohn was first introduced to one of his closest friends and inspirations: the elderly poet Johann Wolfgang von Goethe. Despite the generational gap, the pair corresponded frequently. Goethe was a great admirer of Mendelssohn—even comparing him, at this young age, to Mozart—and the feeling was mutual. Mendelssohn eventually set several of Goethe’s poems to music.

In 1829, Mendelssohn debuted as a conductor at the Singakademie in Berlin with a performance of Bach’s St. Matthew’s Passion—the first performance of the work since Bach’s death, in fact. Mendelssohn produced the arrangement for the performance, and the reactions to his work were widely positive. The performance was also notable on a personal level for Mendelssohn: it was one of the only times that he publicly referred to his Jewish heritage, when he commented on the irony of a conductor of Jewish heritage being in charge of a heavily Christian-themed work. His complicated relationship with his faith would endure throughout his life and occasionally bleed into his works, which was notable during an era when composers frequently wrote Christianity-themed oratorios alongside their secular works.

When his mentor Zelter died in 1832, Mendelssohn hoped to succeed him as the conductor of the Singakademie. However, he lost the position to Carl Friedrich Rungenhagen. Rumors abounded that his youth, his interest in innovation, his Jewish heritage, or some combination of these factors were to blame. He moved temporarily to Dusseldorf, where he worked as the music director of a festival and participated in efforts to improve the local arts scene. Frustrated and feeling creatively stifled, Mendelssohn resigned in 1834 and accepted a prestigious position as conductor of the Leipzig Gewandhaus Orchestra in 1835.

Love and Life in Leipzig

Mendelssohn’s father died in 1835, leaving behind a dying wish that his son would complete his first oratorio, the St. Paul. In his honor, Mendelssohn finished the work within a year and conducted it. During his time in Frankfurt, he met and fell in love with Cécile Jeanrenaud, the daughter of a French clergyman. Despite their age difference (Mendelssohn was approximately ten years her senior), they married in March 1837. The couple would go on to have five children, four of whom survived childhood.

During this period, Mendelssohn’s connection with England and Scotland became more pronounced. He had first traveled in Britain in 1829, and his journeys at that time eventually inspired his Scottish Symphony. He met with Queen Victoria and Prince Albert in 1843 and dedicated the Scottish Symphony to the Queen. Mendelssohn’s influence on English music would remain significant for years, until a new generation of composers moved in a more modern and less sentimental or romantic direction.

In Leipzig, Mendelssohn focused on creating a true hub for music, working with all of the arts and music institutions. He produced music festivals and concerts that embraced both contemporary music and historical composers; among the latter was a previously-unseen symphony by Franz Schubert, which led to a revival of interest in the late composer’s work. One of his most enduring legacies was the 1843 founding of the Leipzig Conservatory. The school remains in use today, now named the University of Music and Theatre “Felix Mendelssohn Bartholdy” Leipzig, and is the oldest university school of music in Germany.

Freidrich Wilhelm IV succeeded to the Prussian throne in 1840 and was determined to make Berlin into a cultural capital. To this end, he enlisted a slightly reluctant Mendelssohn, who was hesitant to leave Leipzig. Ultimately, Mendelssohn did spend time in Berlin, where he wrote several works. However, the king did not follow through on his promises of titles, finances, and support for a school, so Mendelssohn returned to Leipzig only a few years later. In 1844, he met famed soprano Jenny Lind, with whom he became deeply infatuated. He tailored an aria for her voice in his oratorio Elijah and, upon his death, left behind an unfinished opera based on the Rhine maidens lore that he was reportedly writing for her voice.

Although Mendelssohn remained active in his later years, his health began to suffer. He returned from another tour of England weary and overworked. The death of his favorite sister Fanny in May 1847 struck another blow to his health. After a series of strokes, he died on November 4, 1847.

Mendelssohn’s music, though often conservative in nature and wary of modern innovations, bridged the era that led to the rise of Romanticism. His complex religious upbringing played a role in his musical style, as did his particular interest in the technical aspects of music. In many cases, he focused on revitalizing more than innovating, and found ways to resolve some of the clashes between earlier classical and contemporary romantic styles. Although his greatest legacy comes from his earlier works – unusual for a composer of this era – that legacy has earned him a place as an enduring favorite to the modern day.