Top 15 Most Reclusive Celebrities Who Ever Lived 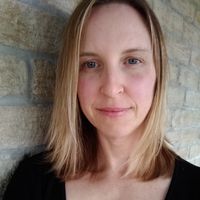 Arlin Cuncic
Arlin Cuncic, M.A., is the author of "Therapy in Focus: What to Expect from CBT for Social Anxiety Disorder" and "7 Weeks to Reduce Anxiety."
Learn about our Editorial Process

People become recluses for a variety of reasons, including religious beliefs, survivalist goals, mental illness and a desire for privacy. Celebrities sometimes also become reclusive, either from the public eye or from society in general. Below is a list of the 15 most famous celebrity recluses.​

Bill Watterson is known for the comic strip "Calvin and Hobbes" that he created until 1995. The strip, about a 6-year-old boy and a stuffed tiger, was popular with fans and won Watterson the Reuben Award (the National Cartoonist Society's highest honor) three times.

Watterson retired out of frustration with daily deadlines and afterward escaped the public eye. He is known for refusing interviews and turning down requests for autographs. He also never wanted to merchandise his characters as he felt it would detract from their value.

Dave Chappelle left his successful television show with Comedy Central in 2005 in the middle of the third season after signing a multimillion-dollar deal only a year earlier.

Chappelle flew to visit a friend in South Africa for several weeks amid rumors of drug problems and mental instability. It is believed that creative differences with the network and a distaste for celebrity life led him to leave the spotlight. Though he has since returned to doing comedy work, it has not been without added drama.

Emily Bronte is the author of the literary classic "Wuthering Heights." A private and shy woman, she lived in a fantasy world and had little contact with the outside world, other than to listen in on the gossip of others. Her mother and two eldest sisters passed away when she was a child, but she grew up with two other sisters and a brother.

Emily Dickinson wrote nearly 1,800 poems, but fewer than a dozen were published while she was alive. She spent the last two decades of her life never leaving the family property and was known for refusing visitors and shouting to people out of windows. It is speculated that she may have suffered from social anxiety disorder or agoraphobia.

Although she lived a solitary life, she corresponded with numerous literary figures and was believed to have had an affair (by correspondence only) with Judge Otis P. Lord of the Massachusetts Supreme Court.

Glenn Gould was a noted Canadian pianist who began composing music at the young age of five. Although described by some as a hermit and recluse, others argued that Gould lived a solitary existence but shared himself with others through his compositions. Friends described him as warm and charming.

Greta Garbo was a Swedish actress who made 28 films during her acting career. She retired to New York City in 1941 where she lived a solitary existence the rest of her life. Garbo was known for refusing interviews, not attending awards shows, and generally not giving time to the paparazzi.

Harper Lee is known for her successful 1960 novel "To Kill a Mockingbird." More private person than true recluse or hermit, Lee simply had no interest in fame, shunning requests for interviews on television and in magazines and newspapers.

Howard Hughes was a film producer and director, aviator, and at one point one of the richest men in the world. Hughes became reclusive later in life and spent much of his time living in penthouses in his own hotels in Las Vegas and other cities. It is believed that he may have suffered from obsessive-compulsive disorder (OCD).

J.D. Salinger is best known for his 1951 novel "The Catcher in the Rye." Born in New York City, Salinger lived out his life in the small town of Cornish, New Hampshire, where the local townsfolk respected his privacy and refused to disclose his home address to reporters.

Salinger was considered reclusive from the public eye, never speaking to reporters and keeping his life private.

John Hughes was a director, producer, and screenwriter known for popular 80s and 90s movies such as "National Lampoon's Vacation," "Ferris Bueller's Day Off," "Sixteen Candles," "Pretty in Pink" and "Home Alone" and its sequels.

Hughes is said to have moved his family away from Hollywood and Los Angeles because of his dislike for the lifestyle and desire to have his children grow up elsewhere.

Lauryn Hill is known as the former singer/songwriter for the band "The Fugees" and for the success of her debut album "The Miseducation of Lauryn Hill" in 1998.

A mother of five, Lauryn won five Grammys before largely disappearing from the public eye. Although she has since talked to reporters about the reason for her departure, there has been no clear explanation for her seclusion.

In 2016, Lauryn was 2 hours and 20 minutes late to perform a 40-minute show in Atlanta. After a large backlash from her fans on social media, she claimed that she was late for the concert because of a need to "align her energies."

Michael Jackson was an iconic musician who never failed to leave fans speculating about his odd behaviors. Jackson was known for wearing masks, sunglasses, and disguises when he went out in public. He built himself an amusement park called "Neverland Ranch" where he could sequester himself from the world. Many believed that he was trying to recreate the childhood he had never experienced.

Moe Norman was a Canadian professional golfer renowned for his ability to strike a ball accurately. He had an unconventional golfing style and was completely self-taught. It is believed that Norman may have been an autistic savant, though he would never see a doctor to be diagnosed.

Norman was so afraid of strangers and talking in public that he once hid on a river bank rather than accept an award for winning a golf tournament.

Stanley Kubrick was a famous director known best for the films "A Clockwork Orange" and "The Shining." Kubrick was an eccentric director who was reluctant to talk publicly about his work and remained out of the public eye. An American, Kubrick moved to England in 1962 and never left.

Syd Barrett was a founding member of the music group "Pink Floyd" and the band's leader in the early years. Barrett left the band after two albums, and eventually retired to a life of seclusion, mental illness, and the after-effects of massive doses of the drug LSD. Barrett was known as the most famous recluse in rock, refusing to even maintain contact with his former bandmates.

“I want to be alone: The people who act like Great Garbo.” The Times & The Sunday Times.