Dealing With Failure in a Franchise System 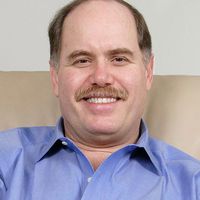 There is nothing more difficult to deal with than failure, especially for a franchise business. For franchises, the failure of their business means more than just the loss of their investment. It may also mean the loss of their livelihood. But business failure is normal, even in franchising. And, anyone who expects that by becoming a franchisee they eliminate the risk of failure is being unrealistic.

Failure brings with it all of the emotional stages of loss including embarrassment, helplessness, and anger. Regardless of whether it is warranted, some of the anger franchisees feel will naturally be directed toward the franchisor and may even result in litigation.

It is difficult to equate the loss of royalty to the mother company and the requirement to make a negative disclosure in Item 20 of the franchise disclosure document. This legal document is the form that those interested in buying their franchise will review and contains information important about the probability of success.

There are no reliable statistics on franchise failure. Most of the studies about franchise success that you find cited are old and inaccurate, and no one in franchising should be citing them. Many of the studies about the success rate in franchising included only those franchisors then in existence, and the franchisees of defunct systems were never even counted. Even the default rates of the Small Business Association (SBA)—that some cite—are not a good indication of success or failure in franchising either. The SBA does try to limit default by lending only to franchises that have a proven track record.

To compound the problem, no one has ever come up with a universally accepted definition of franchise failure. Some franchisees may simply have retired or decided to find a new career. On the other hand, in some studies, the franchise leaving the franchise system before the end of the term was not counted as a failure, because they sold the business and the location had not closed its doors.

The theory being advanced here is that if the doors of the franchise never permanently closed, and the business was transferred to a new owner, then the business never really failed. And while a transfer is often no more than the sale of a successful operation and the retirement of the owner, it could also be a bargain basement sale of a location that continues to lose money.

Regardless of the cause and regardless of whether a franchisor’s loss is within some mythical franchise industry average, the loss of any single franchisee-owned location should be viewed with concern by the franchisor. It is also an opportunity to begin to understand the reasons for the failure and take the necessary actions to improve the franchise system’s performance.

When you examine the cause of many business failures, the seed of their destruction may also be found in the decisions made before the business even opened. Poor site selection, inadequate working capital and financial resources, and excessive debt service obligations are just a few pre-opening reasons for failure.​

But you can’t ignore the fact that the franchisor recruited and approved the franchise into the system. They put forth efforts to help the owner succeed.

But understanding why a unit failed is the responsibility of the franchisor. If a franchisor does nothing else, it should use a franchisee’s failure as an opportunity to improve the franchise system and look for ways to reduce the chance that it will happen in the future.

It is also important to understand how your recruitment process works. If you have multiple franchise salespeople, do you use the services of a franchise brokerage, or are you using an area representative structure? Is there any correlation between franchisee failures and who brought the franchise into the system? Are you tracking this type of information? If a correlation exists, you should find out why. Your goal is to have a sustainable franchise system, and if one of your recruitment personnel has a high candidate failure rate, you need to understand why.

Review the franchisee’s performance and your library of communications with them. Take a look at your field reports, action plans, letters, e-mails, and phone logs, and understand the issues that were in play while the franchise was in operation. How did your system deal with each issue? Did you do enough, and were other alternative approaches available? Are your field staff trained and experienced in the business they are providing advice on? Are they visiting or working with franchisees on an appropriate schedule, or are they visiting all franchisees based upon some calendar-driven number of visits?

Talk to your management team and get their perspective on the franchise. What were the issues facing the franchise, and did they deal with those issues and the franchise appropriately? Interview the headquarters and field staff who worked with the franchise. They likely will have the best understanding of what took place and may hold some of the solutions.

Have an exit interview with the franchisee – but first speak with your lawyer, as some lawyers have concerns about exit interviews. But remember that while the role of your lawyer is to guide you on legal issues and provide advice to help you reduce legal risks, it is your role to manage the franchise system. Exit interviews are important, and while they may not be the most pleasant conversations, and might even have some legal risk on occasion, existing franchisees may have a unique perspective that you should hear. A well-structured exit interview is worth the effort.

Discuss the failure with other franchisees knowledgeable about the franchisee’s business and again, after speaking to your legal counsel, consider using your franchisee advisory council as part of your forensic analysis.

Once you have gained the information you require to understand why the franchise failed, set aside time during your next management meeting or schedule a meeting to debrief your team on what you have learned. It is essential for you to reach some honest conclusions on why the franchise failed. Discuss ways to improve system processes that could have prevented or reduced the chance of the franchisee’s failure. Take ownership of the problem if that is where your research has taken you, and learn. Treat each franchisee closure as important, and take those steps necessary to deal with any system shortcomings you uncover.

Stopping Failures in the Franchise System

Every franchisor should regularly be monitoring their franchisees’ bottom-line performance. Franchisors need to understand whether their franchisees are achieving a return on their investment and having sufficient cash flow to service their debt.

One last, but very important point. Franchising is often described as a “glass house”— every franchise looks at how franchisors handle certain situations or deal with problems when they come up. There is nothing more sensitive to other franchisees than understanding how you work with one of their fellow franchisees when they are at their weakest point.