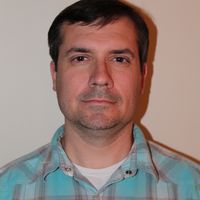 Elvis Presley fans, rock 'n' roll historians and music lovers of all types know Memphis as the cradle of the sound and home of the king. But the creation of rock 'n' roll and Elvis as king had its origins long before he walked into Sun Studio in Memphis to create the magic.

The Elvis Presley Birthplace in Tupelo, Mississippi is where it all literally began, and much of the roots of Elvis Presley's exposure to gospel, blues and performance all came together in East Tupelo.

The northeastern Mississippi city isn't far from Memphis; in fact, many international visitors to Memphis combine visits to Memphis with Tupelo and some of the blues sites across the northern part of the state. It takes about an hour and a half to drive from Graceland in Memphis to Tupelo, so it's easily done as a day trip.

The Elvis birthplace in Tupelo provides a more intimate look at Elvis Aaron Presley, who was born in a tiny house in East Tupelo on Jan. 8, 1935. Elvis, along with his parents Vernon and Gladys, moved to Memphis in 1948 when he was 13. The family lived in different locations in Tupelo, but the birthplace is the actual home where Elvis was born, just a few minutes after his twin brother, Jessie, was stillborn.

The city bought the house and surrounding property in 1957 when Elvis made his first return back in Tupelo to perform. He donated the proceeds from the concert to purchase the birthplace so that the property could be turned into a public park for the children of East Tupelo who didn't have such facilities.

Touring the property can take as little as a few minutes or a couple of hours, depending on what is of interest. The Elvis Presley Birthplace Park consists of the birthplace, museum, chapel, gift shop, "Elvis at 13" statue, Fountain of Life, Walk of Life, "Memphis Bound" car feature, Story Wall and the Assembly of God Church.

After purchasing tickets, visitors tour the grounds on their own and can choose which attraction to visit first. The recommended path is to walk west to the Walk of Life, a scored concrete circle surrounding the birthplace house with a dated granite block denoting every year of Elvis' life. The first 13 years are commemorated with important facts of each year of his time in Tupelo.

Next to the Mississippi historic site marker for the birthplace is the modest two-room house that was built by Elvis' father, Vernon, with help from his father, Jessie, and brother, Vester. The home is open for tours, and a guide is in the house describing the features of the home and stories of Elvis and his family in Tupelo.

After exiting the home, find the 1948 granite block that points to the Elvis at 13 statue, a life-size replica of what Elvis would have looked like at that age. The sculptor worked from photographs in the property's museum to determine Elvis' facial features, hairline and general body size. The statue was unveiled in August 2002.

Walk past Mississippi music markers denoting Elvis' contributions to and influences by country and blues music, and find the family's childhood church. The actual building where Elvis was exposed to Southern gospel music was moved to the property from its original location nearby and completely restored. A video plays in the church, giving a feel for what church services were like for Elvis.

Other nearby sites include the Elvis Presley Memorial Chapel, which was a dream of Elvis' and was dedicated in 1979. A story wall features stories from some of Elvis' childhood friends.

Walking past the Fountain of Life, enter the Elvis Presley Museum, which was originally opened in 1992 and renovated in 2006. It features the large personal collection of Janelle McComb, a Tupelo resident and long-time friend of the Presley family. It also exhibits Tupelo artifacts. The building also features a large gift shop and event center, that regularly shows a movie on Elvis' life in Tupelo.

Outside the building pointing northwest toward Memphis is a green 1939 Plymouth sedan, a replica of the car the Presley family drove when leaving Tupelo for Memphis.

The birthplace is open Monday through Saturday, 9 a.m. to 5 p.m., and Sunday, 1 p.m. to 5 p.m. Tickets can be purchased for the house only, but if time permits it is worth it to buy the full grounds tour.