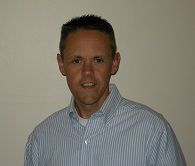 Geoff Beers
Director of Digital Marketing
Geoff Beers is a former expert for The Balance Small Business. He is a marketing professional with experience hosting and coordinating large-scale events for corporate gatherings and academic functions.
Learn about our Editorial Process

Creativity is a common denominator in event planning. No one sets out to coordinate the “most uninspired meeting of all time." Event planners want to be remembered for integrating originality and imagination into their events. Often times though there are boundaries placed on that creativity. It could be a limited budget or a conservative theme that leaves a creative event planner wondering where to sneak in a dash of personality.

To help your creativity prevail in situations such as these, we've outlined some of the nearly infinite event components where planners can add their creative touches. Under each one, you’ll see an example of how to spice up these details beyond the standard fare.

Your title is the first thing that sells prospective attendees at your event.

This is another first-impression element that should effectively market your event.

A special location can spark excitement weeks before the event takes place.

Every meeting and theme can be partnered with a unique food experience.

Lighting is one of the most basic elements of design, and it can be used in a variety of ways.

After registration, the next top concern for guests is where they will be seated.

Greeters, servers, and registration staff can integrate the theme of your event into their uniforms.

The stage is the focal point throughout the event, so keep it visible and engaging.

Napkins have the capacity to become a visual design element by themselves.

Even the nicest banquet chairs look complacent at a large event.

Speakers and their messages represent the content of your event and thus are tied closely to its success.

Entertainers can perform before or after the main content to add another unique element to the occasion.

Whatever sits in the center of each guest table will be viewed for hours. Don’t waste the opportunity to create a conversation-starter.

These are the signs placed at each table to identify the table number or guest seating position.

These are just some of the nooks and crannies where planners can add a creative accent to events. The truth is that just about any facet of event production can be customized in some manner. The easiest way to get inspired is to attend as many industry conferences as you can and network with other planners when possible.