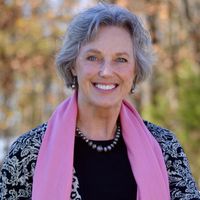 Deb Peterson
Education Expert and Writer
Deb Peterson is a writer and a learning and development consultant who has created corporate training programs for firms of all sizes.
our editorial process
Deb Peterson

Here is our growing list of celebrity dropouts who earned a GED. If these people can be successful with a GED, so can you.

Be sure to check out Celebrity GED Pep Talks.

Donald Deane wrote for HuffPost TV: "Christian Slater, star of ABC's 'The Forgotten,' appeared on 'The Ellen DeGeneres Show' and discussed his decision to go back to school and get his GED as a way to show his children the importance of a good education."

"I was working from the time I was nine years old. So, the school was not very important to me; it wasn't a great priority," Slater said. "And then, when I had kids, I want them to obviously get a full education ... I didn't want to lose the argument. So, I figured the best thing to do is to go and at least take some action, get the GED."

Bill Cosby has had some negative press recently. It doesn't change the fact that he went far on a GED.

A lengthy bio of Bill Cosby at Biography.com includes these passages: More interested in sports than academics, Cosby played on his school's track and football teams. He was placed in a high school for gifted students after scoring high on an IQ test. But Cosby failed to apply himself and ended up falling behind in his classes. He switched to Germantown High School, and even there he learned that he would have to repeat a grade. In frustration, Cosby dropped out. He worked several odd jobs before joining the U.S. Navy in 1956. ... Regretting his decision to drop out of school, Cosby earned his high school equivalency diploma while in the service.

MichaelJFoxdatabase.com has this to say about Fox's education: "Although Michael was close to finishing high school, he decided to light out for Hollywood, California, USA to pursue his career. It was decided that Michael would leave after his 18th birthday, but before graduating High School. (Michael would not receive his General Equivalency Diploma until 1995.) His father drove him to Los Angeles and gave him $3,000 to get started."

Nicolas Cage reportedly hated school so much that he chose to get his GED instead.

According to Eminem's bio at Biography.com:


"Eminem attended Lincoln High School in Warren, Michigan, where he failed the ninth grade three times and eventually dropped out at the age of 17. Despite being a poor student, Eminem always had a deep affinity for language, devouring comic books and even studying the dictionary. "I found that no matter how bad I was at school, like, and no matter how low my grades might have been at some times, I always was good at English ... I just felt like I wanna be able to have all of these words at my disposal, in my vocabulary at all times whenever I need to pull 'em out."

Although there are references on the Internet to Eminem's efforts to earn a GED, I couldn't find a definite source.

Image: DETROIT - MAY 14: Rap artist Eminem speaks about his financial past and present at the 1st Financial Hip Hop Summit May 14, 2005, in Detroit, Michigan. The summit, which brought together Russell Simmons and hip Hop and Rap artists to raise awareness of young adults about the importance of financial empowerment. (Photo by Bill Pugliano/Getty Images)

A trivia item in IMDb's biography of Christina Applegate states, "Passed the GED with flying colors toward the end of her Junior year."

Craig Spychalla of Capital Newspapers wrote this about Bo Bice for the Portage Daily Register:

"...He tried enrolling himself, but was stopped by a staff member at the school and questioned about his rocker looks with long hair and piercings.

"This guy says, "Excuse me. Where are you going?' I said, ‘I'm going to enroll in school. He said, ‘Not looking like that you're not. Cut your hair, take your earrings out, get that shirt tucked in and you come back tomorrow.'"

"The long and short of it, I did not end up finishing school, but I got my GED," Bice said.

You will find David Bowie's name on lists of GED celebrities, but I can't find a good source. If you can help, leave a comment.

Read about David Bowie at Classic Rock with Dave White.

50CentNews.com includes this bit under Education in its profile of 50 Cent: "Andrew Jackson High School, expelled in 10th grade for possession of crack. Got his GED while in jail."

Image: Curtis '50 Cent' Jackson at the 2006 Cannes Film Festival - 'Home of the Brave' Photocall at in Cannes. (Photo by David Lodge/FilmMagic)

At JockBio.com, boxer Oscar de la Hoya's education is referred to in this paragraph: "His boxing schedule became so busy that eventually, his family had to hire a tutor to help him with all the school he missed. Formal education, however, was of secondary importance."

On January 29, 1990, the Times Wire Service reported: "Country music star Waylon Jennings is singing a different tune since gaining a high school equivalency diploma: 'Mamas, don't let your babies grow up to be dropouts.' Jennings was scheduled to accept his General Educational Development certificate from Kentucky First Lady Martha Wilkinson at the Capitol in Frankfort today."

Image: American country and western singer and guitarist Waylon Jennings (1937 - 2002) wears a cowboy hat and leather vest as he sings with his eyes closed in front of a microphone, April 1979. (Photo by Fotos International/Getty Images)

At IMDb.com, Paris Hilton's bio includes this sentence: Her childhood was spent in palatial dwellings in the priciest neighborhoods on both coasts and featured a brief flirtation with the educational system, including high schooling at the ultra-exclusive Dwight School, from which she dropped out and ultimately earned her high school GED

IMDb.com says this about Jennings: "Dropped out of high school in Grade 10 in Canada and failed to attain the equivalent of a GED. His father owned/managed a TV station, however, and he got his foot in the door that way."

But the site also states Jennings attended Carleton University, Rider College and the University of Ottawa.

You will see Angelina Jolie on many GED lists, but IMDb.com states she graduated from Beverly Hills High School when she was 16. Do you have more info about Angelina Jolie and GED? Comment!

Image: Brad Pitt, nominee Best Performance by an Actor in a Supporting Role in a Motion Picture for 'Babel'and Angelina Jolie at the Beverly Hilton in Beverly Hills, CA (Photo by Steve Granitz/WireImage)

His website proclaims: "Whatever you believe creates your reality." "Respect yourself as well as others." "Together everyone achieves more." "Enthusiasm is the wellspring of life."

Image: 400990 04: Famous Amos displays his line of hats by the company Elope at the 99th annual International Toy Fair February 12, 2002, in New York City. Over 1,500 manufacturers, distributors, importers and sales agents are gathered for the five-day event which will feature new toy products from twenty-nine countries. (Photo by Spencer Platt/Getty Images)

Author Fran Lebowitz's biography at goodreads.com states: "After being expelled from high school and receiving a GED, Lebowitz worked many odd jobs before being hired by Andy Warhol as a columnist for Interview."

Actor Lindsay Lohan also appears on most GED celebrity lists, but I can't find a reliable source. I also can't find any reference to her graduation from high school. If you can help, leave a comment.

Image: VENICE, ITALY - SEPTEMBER 05: Actress Lindsay Lohan runs back to the crowd as she attends the premiere of the film 'Bobby' (work in progress) during the seventh day of the 63rd Venice Film Festival on September 5, 2006, in Venice, Italy. (Photo by Georges De Keerle/Getty Images)

At IMDb.com, actor Kelly McGillis's bio states: "She decided to drop out of high school to pursue a career as an actress and eventually attended Juilliard in Manhattan and Pacific Conservatory of Performing Art in Santa Monica, CA."

Usa-hero.com calls Delaware Governor Ruth Ann Minner a hero. On her biography page, the site states: "Minner did not have an easy life as a youth and left school at age 16 to help support her family. Later she qualified for a GED and attended the Delaware Technical and Community College."

Biography.com states that Pink had a rough childhood: "...it proved to be a hard life for her to manage, as she was swallowed by a world of drugs (she nearly overdosed at the age of 15) and petty crime. She eventually dropped out of high school before returning to earn her G.E.D. in 1998."

Olympic gymnast Mary Lou Retton is another celebrity who appears on GED lists, but I can't find a source to verify this. If you have information, please leave a comment.

We have blogged here that Chris Rock earned a GED, but we're unable to substantiate it for this new list. The popular comedian appears on most celebrity GED lists. If you can help us with a reliable source, please comment.

Read a biography of Chris Rock by Patrick Bromley.

JessicaSimpsonMusic.net states: "Jessica dropped out of high school her senior year in order to pursue her music career. (She would later get her GED.)"

You'll see Jerry Garcia on GED lists on the Internet, but I couldn't find a reliable source. Biography.com includes this statement: He dropped out of school at age 17 and served nine months in the U.S. Army before being discharged for poor conduct.

Read about Jerry Garcia and the Grateful Dead from Dave White.

Dave Thomas of Wendy's Restaurant fame could be another poster child for the GED. His bio at wendys.com includes this paragraph: When he was 15, he found work at the Hobby House Restaurant in Ft. Wayne. It was then that he made what he considered his greatest mistake: he dropped out of school to work full-time. His father and stepfamily were preparing to move again and Dave decided to stay in Ft. Wayne, move into the YMCA and work full-time. This decision to drop out haunted him until he went back to school 45 years later and received his GED from Coconut Creek High School in Ft. Lauderdale. He said this was one of his greatest accomplishments, as was being named “Most Likely to Succeed” by the graduating class of 1993.