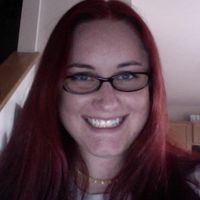 Artificial intelligence is becoming more and more mainstream than its origins in science fiction nerddom, from the hit HBO show "Westworld," to the quirky character Janis in NBC's "The Good Place," robots are popping up all over the place! But if you're looking for a cartoon for your kids that features robots, androids, and kid geniuses, you've come to the right place.

The following five shows are perfect for your child's obsession with robots. Be sure to set your DVR to record these network hits or catch a few on Hulu and Netflix!

A less serious version of the Transformers bots of the movie franchise or "Prime" fame, these robots help keep an island of people in Griffin Rock, Maine safe from harm. The Autobots featured are different than you might remember: a Police cruiser named Chase, a firetruck named Heatwave, a helicopter named Blades and a bulldozer named Boulder round out the robotic crew.

The animation is a little cutesy, but the writing is snappy and humorous. It also features the voice of LeVar Burton (from "Reading Rainbow" and "Star Trek: The Next Generation"), so that ups its cool factor to about eleven, especially for parents who were young in the 1980s. Younger robot fans will enjoy this show as it's not aimed at the same crowd as other incarnations of Transformers.

These are the Transformers bots you're used to if you grew up watching the Transformers animated series in the 1980s or even just watched the "Transformers" movie franchise. Optimus Prime and the Autobots battle Megatron and the Decepticons in an attempt to keep the Earth safe from their evil. They have befriended human kids Jack, Raphael, and Miko, and receive intelligence help from Special Agent Bill Fowler.

This iteration of the popular show is presented in more of a serial format. High in action and tech talk, it's admittedly better suited for your older robot enthusiast.

Adorable little animal robots, who live in a robotic world, work together to solve problems for other adorable robot animals. Each "Animal Mechanical" has their own special strength—Unicorn flies, Mouse is super speedy, Komodo (a lizard-like animal) can produce any tool or gadget needed, Rex (a dinosaur) is super strong and Sasquatch (a somewhat ape-like creature) is super stretchy.

The program works to teach children how to think constructively to solve everyday problems using the resources they have available to them at the time. Their motto is "Can we do it? We Animal Mechanical can!" This show is aimed at younger viewers, but I think older robot lovers will enjoy them as well. They're too cute not to love!

A boy genius with a giant head and perfectly coiffed hair has a secret science lab underneath his backyard clubhouse in the small town of Retroville, in which he builds various robotic inventions. Unfortunately, the titular star Jimmy Neutron only has a few successful robotic inventions to date, namely his robot dog Goddard.

Most of his inventions, though, go horribly awry and he and his pals end up having to save the city time and time again. His poor mother Judy fears for the safety of her kitchen appliances, as Jimmy is known to "borrow" and "improve" them regularly.

The show originally aired on Nickelodeon and is available for streaming as well as on most Nick-owned cable networks. Kids of all ages will enjoy Jimmy's antics with his friends Sheen, Carl, Cindy (the girl who secretly has a crush on him) and Libby.

This cartoon from Nickelodeon features—what else—a robot and a monster who are friends. The robot is voiced by Curtis Armstrong (Booger from the "Revenge of the Nerds" movie series and the voice of Snot on FOX Network's "American Dad") and Monster is voiced by Harland Williams (stand up comedian and the guy who killed the horse in the film "Half Baked").

The cast is chalk full of famous voices with the likes of Rhea Perlman (Carla from "Cheers") as the cook and waitress of their favorite eatery, Makin' Bacon, and Jonathan Slavin (Phil the scientist from "Better Off Ted") as an annoying geeky robot who just wants to be friends with Robot and Monster.

This show is probably most appropriate for ages 6 and up, but my young son and I enjoyed it equally. There is a lot of slapstick humor as well as snappy writing that will appeal to various age groups.