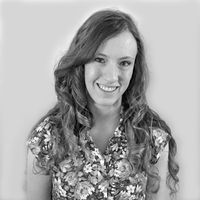 Maria Felix (born María de los Ángeles Félix Güereña; April 8, 1914–April 8, 2002) was a Mexican actress and singer. With a decades-long career spanning nearly fifty movies and five countries, Maria was one of the most successful Latin American actresses of all time.

Maria Felix was born in Álamos, Sonora, Mexico to Bernardo Félix Flores, a military officer, and Josefina Güereña Rosas. Between both her parents, Maria had Basque, Spanish, and Yaqui heritage. One of eleven siblings, Maria grew up in a bustling household. She was closest to her brother Pablo and took it hard when he was sent away to school in Mexico City.

Although she was a tomboy at heart, with a love for horseback riding and a disdain for “girly” toys such as dolls, Maria’s beauty attracted attention at a young age. When she attended the University of Guadalajara, she was even crowned as a beauty queen. Around the same time, Maria met Enrique Álvarez Alatorre, a cosmetics salesman, and the two had a whirlwind romance before marrying in 1931.

In 1935, the couple welcomed their only son, Enrique, but the marriage fell apart soon after. They divorced in 1937, and, to avoid the small-town gossip in Guadalajara, Maria took her son and moved to Mexico City. Álvarez briefly kidnapped their son during a visitation with the help of his mother, but Maria was able to recover the boy. The man who helped her, a composer fourteen years her senior named Agustin Lara, eventually became her second husband.

The beginning of Maria’s film career is straight out of a movie itself. She was discovered walking down the street in Mexico City by director Fernando Palacios, who was struck by her cinema-ready looks. Although she took some convincing at first, Palacios ultimately persuaded her to let him introduce her to the Mexican cinema scene. Maria was first introduced to the social scene surrounding the film community, then inducted into the professional circles.

Maria was given an opportunity early in her career to launch her career in Hollywood rather than in Mexico. Cecil B. DeMille, then at Metro-Goldwyn-Mayer, met with Maria and offered to put her forward for the Hollywood studio system. Surprisingly, Maria turned him down: she preferred to start her career in her home country. With Palacios as her mentor, Maria landed her first role in El Peñón de las Ánimas.

Her early career was a little on the messy side. In El Peñón de las Ánimas, she struggled to get along with her leading man, Jorge Negrete, who was bitter that his girlfriend, actress Gloria Marin, had not gotten the role. Her next two films, María Eugenia and La china poblana, were similarly frustrating and have been lost to history.

Maria’s career took off in the early 1940s. With Doña Bárbara in 1943, she not only earned great notices, but began to collaborate with director Fernando de Fuentes. In these films, Maria noted wryly, she became “the number one enemy of Mexican family morals.” Her femme fatale roles, combined with her looks and voice, elevated her to stardom.

Although her image was based on her “seductive” on-screen persona, Maria worked hard to be an excellent actress as well. In El monje blanco and Vertigo, she transitioned into more serious dramatic roles. During this period of time, Maria also began a new creative collaboration: with director Emilio Fernández and actor Pedro Armendáriz. Throughout the 1940s, Maria continued to pursue her career in more serious films. The press attempted to paint a rivalry between her and Dolores del Rio, another leading lady at the time, but the women scotched the rumors and were actually friendly, despite wildly different personalities.

It was during this time, too, that she fell in love with and married her second husband, Lara, the composer who had helped her regain her son. The couple had a very public relationship and married in 1945. She was the muse for several of his songs, most notably “Maria Bonita,” one of his most popular and enduring songs. Unfortunately, the marriage disintegrated quickly, mostly because of Lara’s violent, jealous tendencies; they split in 1947 with no children.

In 1948, Maria’s work caught the attention of Spanish film producer Cesáreo González and shifted her focus to European films over the next four years. Maria looked at this opportunity very differently than she had when Hollywood had come calling (and continued to through the 1950s). While the roles she was offered in Europe and Mexico were complex and well-rounded, Hollywood invariably only offered her roles of highly stereotypical Mexican or Native American women. Even early on, Maria refused to portray characters of this type, which earned her immense respect and came to be a huge part of her legacy.

Maria’s European career included films in Spain, Italy, and France, as well as Argentina. She suffered personal tragedy in 1951, when her father died of a heart attack back home in Mexico, but she did not return to her home country for another year. When she did return, she found herself in a surprising romance with Negrete, the actor she had clashed with early in her career. They married in 1953, but it was short-lived. Negrete died less than a year later, while Maria was overseas filming.

After returning from Europe in the early 1950s, Maria starred in a large number of films about the Mexican Revolution. At least ten films were shot in the period between 1955 and 1959, making Maria one of the most prolific actors of her time. In the 1960s and 1970s, however, she slowed considerably, and her last on-screen role was in the historical telenovela La Constitución in 1971.

Maria married her fourth husband, the banker Alexander Berger, in 1956. The two had been acquainted years earlier but were both married at the time, and resumed their romance in the mid-1950s. In 1957, they were expecting a child, but Maria suffered a miscarriage due to an accident while filming. Berger died of lung cancer in 1974, which hit Maria especially hard, as she had just lost her mother as well.

Throughout her career and even after her film career ended, Maria modeled for several painters, including Antoine Tzapoff, the final love of her life. She was the inspiration for an array of writers who immortalized her in their work; most notable was Luis Spota’s novel The Empty Star and Carlos Fuentes’s Zona sagrada. A jewelry connoisseur, Maria gained a reputation for her collection of antiques and jewels, including a pair of specially-commissioned Cartier pieces (one of two crocodiles, one of a snake) that have endured in Cartier displays.

In her later years, Maria was mostly out of the spotlight. She was hit hard by her son Enrique’s death in 1996. Despite their early conflicts, she and Enrique had become quite close over the years, especially after he followed in her footsteps in the film industry. She died peacefully in her sleep on her 88th birthday on April 8, 2002, at home in Mexico City, leaving behind a legacy of self-assured presence and an unwillingness to be stereotyped by anyone.