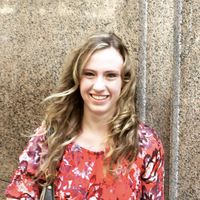 Maria Callas (born Maria Anna Cecilia Sofia Kalogeropoulos; December 2, 1923 – September 16, 1977) was a popular Greek-American opera singer. While her singing technique and range were highly praised, her career was often overshadowed by scandals and turmoil in her personal life.

Maria was the third child of George and Elmina “Litsa” Kalogeropoulos. The couple also had a daughter, Yakinthi (nicknamed “Jackie”) and a son, Vassilis. Vassilis died in 1922, and when the family discovered Litsa was expecting again, George chose to move his family from Greece to Queens, New York. The arrival of another daughter was not what the couple had hoped for.

The family soon moved to Washington Heights, where George opened a pharmacy and shortened the family’s name to “Kalos” (eventually spelled “Callas”). Life in their household was far from settled, between George’s frequent infidelity and Litsa’s favoritism towards Jackie. Maria’s musical talents began to manifest around the age of three or four, and she was soon forced to perform. Although she took classical piano lessons, her real talent clearly was her voice.

When Maria was fourteen, her parents separated, and Litsa took her daughters back to Athens. Her relationship with Maria was strained for the rest of their lives. Maria first studied at the Greek National Conservatoire with Maria Trivella, then with Elvira de Hildago at the Athens Conservatoire.

Maria debuted with the Royal Opera of Athens in 1941 with a small role in Boccaccio. Despite hostility from others in the company, she secured her first leading role later that year in Tosca. Her natural talent, combined with her excellent bel canto technique and unusual vocal versatility, earned her stellar reviews in several operas over the next few years in Greece.

In 1945, Maria returned to the United States in hopes of establishing a career there. She was offered a contract by the Metropolitan Opera, but turned it down for business reasons. After an offer in Chicago fell through, she was recommended to Giovanni Zenatello, an Italian impresario who brought her to Verona, Italy for a role in La Gioconda in 1947. While in Verona, she met and married Giovanni Meneghini, a wealthy, older industrialist. She continued to perform in Italy over the next several years, earning critical praise but also developing a reputation as a diva. Her most iconic performance came in 1949, when she stepped in with only a few days’ notice to perform the lead in I puritani immediately on the heels of a Wagner opera – something most singers could never technically manage.

Finally, in 1954, Maria made her American debut in Norma at the Lyric Opera of Chicago, followed in 1956 by performing the same role at the Met. However, her New York debut was marred by a profile in Time that focused on her difficult relationship with her mother and her supposed rivalry with fellow singer Renata Tebaldi. For about two years, though, she sang to much acclaim in several roles in America.

Maria’s time with the Metropolitan Opera came to an abrupt end in 1958, when she was fired as a result of her feud with director Rudolf Bing. Her rivalry with Tebaldi continued, with press and fans taking sides and fanning the flames. Music experts, however, pointed out that the women’s techniques were so different that they should never have been compared as “rivals” in the first place, and both spoke highly of each other on other occasions.

In 1955, Maria was sued by Eddy Bagarozy, who claimed to be her agent. She was served with papers backstage, and an infamous picture circulated of her shocked, angry expression.

By far the most public scandal was her involvement with Aristotle Onassis, the Greek shipping magnate. They met while she was still married, although she left her husband in 1959. Onassis left her in 1968 to marry the widowed Jacqueline Kennedy, but his affair with Maria apparently continued after his marriage.

Maria’s voice had long been in decline, possibly due to her rapid weight loss or to overwork early in her career. Her final performance was in Tosca in London in 1965. After she stopped performing, she tried teaching at Juilliard in the early 1970s, but soon moved to Paris and lived a reclusive life. She died there on September 16, 1977 of a heart attack.

Although the stories about her diva behavior and her complicated love life often dominated coverage, many in the opera world respected Maria for her absolute dedication to her craft and her innate talent. Her final agent, Vasso Devetzi, allegedly conned Maria out of much of her estate, but eventually did establish a foundation for young singers as Maria wanted, leaving opportunities for young talent to achieve high goals as Maria did.