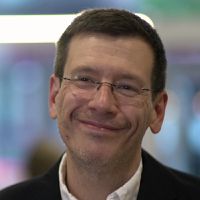 Jeffrey Somers
Literature Expert
Jeff Somers is an award-winning writer who has authored nine novels, over 40 short stories, and "Writing Without Rules," a non-fiction book about the business and craft of writing.
our editorial process
Jeffrey Somers

HBO’s adaptation of Liane Moriarty’s Big Little Lies was a resounding hit for the cable network, the sort of buzz-worthy, high-ratings triumph HBO used to roll out with ease every year. Things have been slightly more sparse for the network in recent times, however—while reports of HBO’s demise have been greatly exaggerated it’s not wrong to say that they’ve needed the boost that Big Little Lies and a few other shows, like Westworld, has provided to their reputation.

In a lot of ways, Big Little Lies is the perfect novel adaptation. It was a limited series of just seven episodes, which meant the producers (including David E. Kelley and stars Reese Witherspoon and Nicole Kidman) had the space to explore the setting and the characters without the pressure to fill hours of programming time with unnecessary tangents. They made the smart decision to change the setting from Australia to California, eliminating any unnecessary cultural explorations that would have distracted American audiences. Most importantly, Kelley understood that the engine of Big Little Lies is the characters. Audiences needed to spend time with these people, to get underneath the superficially pretty, rich, happy exteriors and find common ground with folks living in an impossibly beautiful place in incredibly expensive homes. Kelley and company stuck largely to the story, but deviated in ways that were largely smart, demonstrating a writing flexibility not often found in high-profile adaptations.

Those deviations from the novel weren’t all successful, however; some of the decisions made in translating the story from the page to the screen did more harm than good. While these five missteps didn’t ultimately hurt the overall success of the story, they definitely didn’t help.

Note: Now that the series has aired all the episodes, we’re diving right into the spoilers. If you haven’t watched the show or read the book, now’s the time to turn back.

Bonnie is the key character in the story in many ways—she is the second twist you don’t see coming. In the novel, Moriarty takes a lot of care to ensure you understand Bonnie’s back-story of abuse at the hands of her father, and how it has informed and shaped her adult life. This not only makes her a much more sympathetic character, it also explains her explosive, unexpected reaction to seeing Perry assaulting the women. When she pushes Perry to his death at the end, it’s a huge surprise in both the series and the novel. But in the novel, it’s a twist that makes a lot more sense.

It’s easy to see that the producers decided to scale back Bonnie’s back-story to a few fleeting (and largely inscrutable) references in the show in order to preserve that twist; if Bonnie’s abuse were too front-and-center viewers might have assumed a connection between her story and Celeste’s. But removing it to that extent rendered Bonnie a cipher, a caricature of a certain type of young, wealthy Californian—not to mention making the character nowhere near Madeline’s equal right up until she’s needed to pull that huge plot lever at the end.

Speaking of Madeline, she’s deservedly the breakout character, and Reese Witherspoon is deservedly the breakout actress on the show. Without being overly showy, she made Madeline a lot of fun, the sort of best friend we all wish we had. The best part about the character as written and as Witherspoon plays her is that Madeline is perfectly aware of her flaws. She’s generally assured and happy with herself, but she also knows she sometimes causes more problems than she solves. She’s a wonderful character.

So the decision to have Madeline cheat on Ed is questionable, at best. It doesn’t happen in the novel, and Reese Witherspoon—who co-produced, don’t forget—decided to introduce the change for purely selfish reasons. As she told Variety, “It mainly came out of me not having anything to really put my teeth into. I think there’s something fascinating about a person who projects perfection or is very judgmental of others who is clearly just swimming in their own discontent.”

That’s not a bad note for a character, but Witherspoon introduced a plot point that went nowhere and did nothing for the character solely so she’d have meatier material. Madeline’s flaws as written in the novel are perfectly sufficient to complicate the character and underscore her imperfections—the affair is just showy, and it has zero impact on the story.

Perry is a monster. Let’s not dance around that, and Alexander Skarsgård is a genius in the role. Every single person watching the show at home tensed and stiffened every time he appeared on screen, and Skarsgård somehow managed to make Perry both impossibly handsome and superficially cool while also implying pretty clearly that the man has no idea how to interact with other people. Seriously, re-watch the show and pay close attention to the small moments when Perry actually talks to other human beings aside from his wife and kids. He’s like an alien.

The producers, seeking again to muddy the waters about who was killed and why, added some dimension to Perry’s character that isn’t present in the book. As played (again, brilliantly) by Skarsgård, Perry has some shading of humanity—he’s clearly insecure and lost without Celeste, and he does make the effort to go to therapy with her (he doesn’t in the book). While on the one hand this change helps explain why Celeste is so conflicted about her situation, it also undermines the danger Perry represents. The ending should be a completely cathartic moment when an evil person is put down—there shouldn’t be a moment of regret mixed in there.

Shailene Woodley is brilliant as Jane, the survivor of sexual assault struggling to protect her son Ziggy (the result of her rape) and make ends meet. She’s terrified that Ziggy will inherit his father’s evil, and when he’s accused of hurting another girl on his first day of school it’s a body blow, her plan for a fresh start under assault from the very first moment. Woodley manages to convey a woman under impossible stress—just watch the tired way she sits; it’s a master class in portraying a character’s inner life. Jane is exhausted from the moment she wakes up in the morning, and Woodley nails it.

Too bad the character was even more interesting in the book. As Moriarty writes it, the rape scene is somehow even worse than what’s depicted in the show, as Perry (using his cousin’s name as a cover) verbally abuses Jane, calling her fat and disgusting before he rapes her. This has a lasting effect on Jane, who suffers from an eating disorder on top of everything else. And Jane’s sweet, tentative romance with Tom gets a lot more attention in the book. It’s understandable that some stuff has to be cut out of a story in an adaptation, but Jane’s a character who deserved every bit of attention.

You know what Big Little Lies needed less of? Ed and Nathan, Madeline’s ex-husband and current husband, and their extended, slightly ridiculous macho posturing. This is barely there in the novel, but the producers created new material and tried to push this dynamic pretty hard. This was probably because they imagined that for anyone who hadn’t read the book the identity of the killer and victim would be a surprise, and they wanted red herrings (question: did anyone doubt that Perry was the victim? The only mystery was whether Jane was the one killing him, and whether she used Chekhov’s gun to do it).

While there was some light comedy in watching Ed and Nathan, two ridiculous men who likely wouldn’t know what to do in a fight, try to intimidate each other, the plot thread went nowhere and didn’t accomplish much. If the producers wanted Ed and Nathan to be a true red herring, they should have committed and written in some real animosity, some real drama—not the silly chest-bumping they had.

Let there be no mistake: Big Little Lies is a great book, and the HBO show was a fantastic adaptation that deserves all the attention and buzz. These five missteps just show that even when you put Reese Witherspoon, David E. Kelley, and all the other amazing actors and writers in a room, you can still make mistakes.