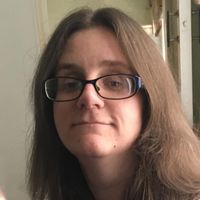 Jennifer Allen
Writer
Jennifer Allen has been writing about technology since 2010. Her work has appeared in Mashable, TechRadar, and many more publications.
our editorial process
Jennifer Allen

Though it's starting to show its age, Defense Grid does a lot of things right. The premise is simple: Place towers on a grid to ward off aliens trying to steal your base's core. However, it's not as easy as it sounds.

A variety of towers must be used in order to destroy the dozens of alien types. There are bottleneck areas to consider, requiring that you think carefully about where towers are placed and which ones need to be upgraded first. There's plenty to learn here, with each of your towers having three levels of upgradability.

Air defense and superweapons also play a pivotal role, and it's down to you to know when is best to implement such strategies. It's an engaging experience but paced well enough so that you never feel unfairly defeated. Defense Grid almost works like a puzzle game at times, with certain tower placements benefiting you more than others, and the real fun is mapping out the perfect plan.

In addition to its 20+ mission campaign mode, it's possible to replay individual maps with slightly different win conditions. There are numerous ways of tackling the same problem, and it's a blast coming up with the solutions on the fly to one-up your best scores over and over again.

In it, you'll work together with other players — in teams — to try and take each other out. Along with seven different game modes including 24-player online battles called "Herbal Assault," 14 character classes and over 100 playable plants and zombies ensure there's plenty of variety. Meanwhile, a four-player co-op mode called Graveyard Ops allows you and some of your friends to build your defenses together a more traditional PvZ fashion.

This isn't your regular Plants vs. Zombies game, but it is a refreshing take on the tower defense genre. And thanks to its light hearted sense of humor, it's ideal for families with kids. To that end, it even has split-screen co-op support, a rare feat in the gaming market today.

Orcs Must Die is basic yet fun. Assuming the role of a War Mage whose aim is to wipe out the invading orcs, you're given the lofty task of defending 24 different fortresses using weapons, deadly spells, and a collection of lethal devices that double as the metaphorical "tower" in this game.

It's a very basic premise for a tower defense title, but we're OK with its simplicity given how enjoyable it is to play. Unlike other more complex defense games, there are no mazes to navigate through, and building traps is intuitive. Therefore it's ideal for short doses and will appeal to those who often feel too overwhelmed to engage with more complex tower defense games.

By the latter stages of Orcs Must Die, you have 19 traps to choose from and six different weapons and spells, all so you can take out the 11 enemy types coming your way. In a bid to encourage replayability, you're given a new trap after each level, landing you the perfect opportunity to gives previous stages another go. It's little things like that which make Orcs Must Die an essential play for all ages.

Kingdom Rush is as cute as it is compelling; your aim is to defend a kingdom against hordes of orcs, trolls, wizards, and other sinister things. As a traditional tower defense game, you can accomplish this using an impressive bevy of towers and spells.

Each level offers a slightly different environment such as forests, mountains, and desolate wastelands, so your strategy has to adjust accordingly. You're given plenty of opportunities to choose where to place your towers and it's important to use regular tower defense strategies to create bottlenecks and restrictions for the enemies coming at you.

The towers themselves are varied. You can fire off against foes on your own or even send out archers and warriors to do the dirty work in your stead. In all, there are eight different tower upgrades with 18 tower abilities among them. You'll need it, too, seeing as almost 50 enemy types and boss battles populate its campaign.

Subverting the usual tower defense formula, you can also command heroes using special abilities, thereby approaching scenarios as you see fit rather than being limited to a preset course.

While many tower defense games focus on magic and mystical creatures, Fieldrunners 2 uses guns and ammo to ward off its foes. In theory, you're defending the world with your troops, but it's all so colorfully done that it's far more lighthearted than it sounds.

The key here is to strategically send out your units to hold off the enemy. There are extra layers to think about though, so be careful before you commit to a plan. For one, there are special airstrikes and traps that can be arranged, allowing you to thwart foes at every turn. Weapons are bizarre, ranging from beehive-launching towers to those that turn enemies into barnyard animals.

Apart from its beefy 20-hour campaign, Fieldrunners 2 features a number of other modes to explore, namely Time Trial, Sudden Death, and Puzzle. The latter encourages you to make quick calculative decisions, a pleasant change of pace from simply working your way through the campaign.

Throw in trenches, bridges, and tunnels, and Fieldrunners 2 is a tower defense game that will stick in your mind for a long time.

Anomaly: Warzone Earth takes a different path than other tower defense games. Rather than trying to defend your base or people from a never-ending threat, you are the threat. That might make it sound more like a real-time strategy game than a regular tower defense game, but hear us out: You'll spend most of your time coordinating a plan of attack on the enemy base.

If that doesn't sound like a tower defense game, what does? As with other games in the genre, gathering resources in Anomaly is key, much like knowing what units to buy and when to upgrade them. Once you're done with the campaign, it has two extra modes to test your abilities with the option of aiming for better high scores on past stages. It's a simple, occasionally frustrating concept, but the challenge ultimately incentivizes replayability.

Visually, Anomaly is, well, an anomaly. Its graphics are detailed and gorgeous, standing out from the more rudimentary art we've seen in other games like it. If you're looking for a genuinely unique experience, consider Warzone Earth.

Bloons TD 5 feels endless. Having benefited from a number of updates over the years, it's jam-packed with 250 missions, 10 special missions, and over 40 different levels. As for the gameplay, you can place 21 different towers, resulting in seemingly infinite possibilities. Like in previous Bloons games, the goal is to pop every balloon that floats past your defenses. Get them all, and you win.

Because it's so open-ended, Bloons TD 5 is a little slim on the story, but it's thoroughly engaging and never feels light on content. Distinctly colorful at every turn, it's charming enough for kids to get involved in but deep enough to tempt adults. Expect a deep learning curve, however. While rarely overwhelming, it's no walk in the park either.

Still, with so much choice when it comes to towers and hero options, you'll enjoy figuring out what defenses work best and what upgrades to implement first. It's the kind of game you can dip in to on a regular basis, before realizing you've lost all sense of time.

A melting pot of survival tactics, stealth gameplay, and tower defense, Metal Gear Survive is a significant departure for the Metal Gear franchise. Much of your time is spent building and developing a base camp so that you can, as its title suggests, survive. Think of it as a standard third-person military shooter, only instead of staving off typical human enemies, you must face wormholes, evil A.I., and alien possessed zombies.

To do this, you'll craft weapons and gear in your camp. All the while, you'll have to balance that with managing resources effectively so that you don't starve or die of thirst. It's possible to gather more resources, along with blueprints and raw materials to use in crafting. Needless to say, there's a lot of potential here for what you can achieve.

Metal Gear Survive is unlike any other MGS entry but it has familiar tower defense elements. You'll need to establish strong defensives, for instance, to drive away foes. If you've always loved the idea of an action-based defense game that involved more than running and gunning in a straight line, Metal Gear Survive is a welcome alternative to the more conventional tower defense games of yesteryear we discussed earlier.