Grab a friend and an extra controller 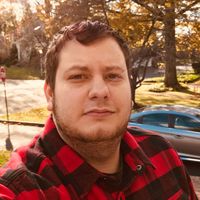 Michael Archambault
Writer
Michael Archambault is a technology writer and digital media specialist. His work has appeared in Mobile Nations, Amazon’s Digital Photography Review, PetaPixel, and other outlets.
Learn about our Editorial Process

The original Borderlands game developed by Gearbox Software, and released by 2K Games in 2009, is a classic that can't be overlooked. The sequel is better in every single way. This open-world role-playing game throws a variety of weapons into your hands and has you play through the environment as one of four different characters, each featuring a specific skill set and weapon proficiency.

The game has you taking on various missions and assignments from NPCs, building up your character and becoming a master of your weaponry. While the game can be played alone, it's more fun when another player joins in for cooperative play via split-screen. But don't think that jumping into Borderlands 2 with an extra player will make things easier though, as the game automatically adjusts the difficulty of enemies based on how many people are playing at a single time.

All in all, if running around a post-apocalyptic future controlled by a mega-corporation, and full of anarchy sounds fun, then don't pass up on Borderlands 2.

Is the thrill of solving a challenging situation something that excites you? Then try Portal 2 — it's one of the greatest puzzle platformers ever designed — with a friend. Released in 2011 by the geniuses at Valve, it's a bundle of dark humor and portal manipulation that lets two players take the perspectives of ATLAS and P-body in the game's cooperative mode.

Work together as two robots to navigate five different sets of test chambers, while using advanced portal guns to transport yourselves around the Aperture Science Labs. The co-op campaign is specially designed so that two players would need to cooperate to get past each level in the ultimate example of teamwork.

The puzzles within Portal 2 might destroy your robots if you don't succeed, but luckily, there is an endless supply of bodies. And once your friend goes home, you can continue the fun with the game's fabulous single-player campaign story.

For a game that initially came out over a decade ago, there is no better influential and definitive first-person-shooter experience than the original Modern Warfare. But with so many different Call of Duty games to choose from, we selected Call of Duty 4 because it's a true classic that deserves recognition. Developed by Infinity Ward and released by Activision in 2007, this online first-person shooter became an instant hit — and an endless time sink for people who found the hours passing by as they took out enemies from around the world.

But you don't need to jump into online multiplayer for a taste of the action though — just launch up split-screen multiplayer and battle your friends directly in your living room. With classic maps including Vacant, Shipment, and Strike, you can grab your favorite weapons and go head-to-head.

Developed by Bizarre Creations and published by Activision in 2010, Blur is our top pick for a split-screen racing game. Featuring arcade-style physics, anyone can join in on this neon-styled racing game. With a wide variety of vehicles — from muscle cars to exotics to Ford Transits — you can tackle the roads exactly how you wish.

With tracks located around the world including California and London, you can cruise the world in style with your friends. When going split-screen with a friend, jump into World Tour mode for a quick challenge or setup Team Racing for more detailed play with up to eight players on the same screen.

Just mentioning the game Castle Crashers will bring nostalgia back to anyone who played and loved the 2D beat-'em-up game when the title was released over a decade ago in 2008. Developed by The Behemoth, Castle Crashers was initially published on the Xbox 360 but eventually made its way to the PlayStation 3 when Sony Computer Entertainment published it.

Set in a fictional medieval universe, four knights fight against a dark wizard who has stolen a mystical gem and captures a collection of princesses. Together, the four multi-colored knights must rescue the princesses, recover the gem, and take down the evil wizard.

Up to four players can join in on the fun, represented by different colored knights and other bonus characters. Enjoy the side-scrolling action with friends, while dipping your toes into the world of RPG gameplay as you build up your knight.

Sometimes it's easier to tackle an apocalyptic-style horror scenario with a sidekick at your side. Resident Evil 5 is a continuation of the original Resident Evil game released in 1996. Developed and published in 2009 by Capcom, it continues to deliver scares that only mutated creatures jumping out from the shadows can provide. While some feel that Resident Evil 5 has become more of an action game than a horror game, we think those individuals most likely have nerves of steel as this game is guaranteed to make you jump.

Additionally, Resident Evil 5 is the first game in the series to offer a cooperative gameplay mode for two players. With two players, gamers can take control of either agents Chris Redfield or Sheva Alomar from the Bioterrorism Security Assessment Alliance.

Be sure to stay close and work together as you take out bio-threats; if you fall to the floor with critical health, only your teammate can revive you — just move fast enough before the mutated creatures get to you.

It's possible to play in single-player, but we recommend taking things to the next level with the game's split-screen cooperative mode. The primary mode, Garden Ops, has up to four players defend their garden from countless zombies, while the Boss Mode allows players to step into the roles of either Dr. Zomboss or Crazy Dave and help support players on the ground. No matter which way you choose to play, Plants vs. Zombies: Garden Warfare is a blast.

Hellfire and brimstone might sound scary, but you don't have to worry much when you enter the world of Diablo III from Blizzard Entertainment. You and your companions choose between several RPG classes and tackle hordes of the undead as you battle your way to the ultimate fight: Diablo himself. Diablo III is the first in the long-running series to come to home consoles and you can simply grab a controller and start hacking and slashing your way to victory.

Diablo III is very replayable, customizable, and has plenty of character stats to increase, including health and mana (magic points). You can also expect there to be plenty of weapons to purchase (think swords, axes, crossbows, and even spells), armor to upgrade, and loot to collect and trade