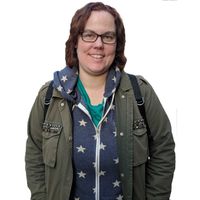 There is a range of OK memes. Many have the caption "okay" or "ok." There are also spinoffs featuring Spiderman and other characters. One such meme, Saitama OK, originated from a Japanese webcomic called One-Punch Man in which the lead character is often indifferent to the action around him. Sometimes it's someone holding up the OK hand signal.

Need more memes? Check out our lists of the best No memes, sad memes, and doge memes for some chuckles.

What Do OK Memes Mean?

The word OK is either used to be dismissive or to communicate one's okayness genuinely. OK memes are almost always low-key.

How Are OK Memes Used?

Many OK memes feature Saitama from One-Punch Man with a variety of captions indicating how little he cares about a particular situation. Other times the memes are used as a sarcastic response to a question.

Example #1:
Image: Panel from the One-Punch Man webcomic, featuring Saitama
Text: OK
Meaning: Saitama is unfazed by just about everything. That's his thing.

Example #3:
Image: Drawing of "okay guy."
Text: OKAY
Meaning: Okay-guy is one of the many OK meme mascots. He's part of a subculture called rage comics, and his origins are unclear. But he's clear. He's okay.

For even more examples, including links to the originals, check out our full list of the five funniest OK memes:

No matter what you throw at him, Saitama is OK.

When you say you're OK, but you're just resigned to a life of misery.

All of us after a fruitless online argument.