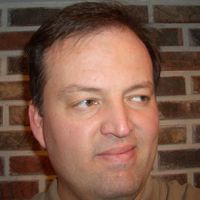 Eugene Harold Krabs, known widely as Mr. Krabs, is the greedy, hard-sighted owner of the Krusty Krab restaurant, home of the famously delicious Krabby Patty. He is paramour to Mrs. Puff, a pufferfish; father to Pearl, a teenage sperm whale; and boss to SpongeBob SquarePants, beloved fry cook, and all-around jolly fellow. With such a full and colorful life, Mr. Krabs is the source of countless memes that skewer greed, selfishness, shortsightedness, and other faults that are all-too-human. Here are our top 11 favorite Mr. Krabs memes.

We chose our 11 favorite Mr. Krabs memes mostly because "Number 11" is a curse word in the SpongeBob SquarePants metaverse.

A single image in the episode "Patty Hype" perfectly captured Mr. Krabs's obliviousness to the world around him. Ever since, "blurry Mr. Krabs" memes have become a web staple. We all know that feeling.

Money Is the Best Thing Ever

You don't make money by letting the help slack off. Mr. Krabs is an especially demanding fast-food overlord, particularly to innocent SpongeBob SquarePants. Meme-makers do not approve.

SpongeBob and Patrick are always trying to ensnare Mr. Krabs in some ridiculous escapade, anything to get him to quit work, have fun, and be happy. Meme-makers have seized upon this notion.

Nothing in this world is free, at least according to Mr. Krabs. Many popular memes take a typical Krusty Krab bill, and then apply it to everything in their life that costs too much, especially when it shouldn't.

Mr. Krabs is always ready to take out his, er, underwater flamethrower and eradicate a problem. The memes related to this image apply this same sentiment to whatever happens to be the latest fad.

Business is war. Mr. Krabs's bitter rival, Plankton, will do anything to steal the secret Krabby Patty recipe. Doing anything to get what you want? Yep, folks on the web fashion their memes to reflect this notion.

Those blurry Mr. Krabs memes got so popular they spawned the mirror opposite, literally. Now there's double-blurry-vision Mr. Krabs memes, appropriate when faced with two compelling choices or a serendipitous encounter.

For all the scorn he takes, fans also know that Mr. Krabs is the rare adult influence in Bikini Bottom. Sometimes, that's exactly what the inhabitants need. The same goes for inhabitants on the web.

Make Your Own SpongeBob "Adulting" Meme
10
of 11

Imagining Mr. Krabs as an actual crab, but down on his luck, has quickly become a popular meme. This is likely because many feel they are also just a short fall away from having everything go horribly wrong.

Oh, yeah. He's a crab, But he's involved with Mrs. Puff, a pufferfish. Even more inexplicable, he has a teenage daughter, Pearl. She's a sperm whale. It makes no sense, but neither does so much of what's on the Internet. Meme-makers use this absurdity to reveal what makes no sense in their own life, as well.

SpongeBob and his pals, such as Patrick Star, are always ready to break the rules, defy convention, and live their lives consequence-free. Yet, for all the trouble they give Mr. Krabs, they respect his ability to get things done. He's that necessary adult in their infantilized world.