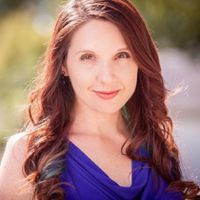 No matter what Ygritte says, Jon Snow knows a few things. The bastard son of Ned Stark (or is he?) grew up in a household where he was welcomed by Ned and his half-siblings but not so much by Catelyn Stark. When the opportunity came to join the Night's Watch at Castle Black, he saw it as a way out of Winterfell where he couldn't inherit anything from Ned and as a way to make his mark. He followed in the footsteps of his Uncle Benjen Stark. More men are forced to join the Watch than voluntarily decide to sign up. Once at The Wall, he proved his skill in combat and his intelligence. Lord Commander Jeor Mormont took a liking to Snow and saw his potential; he groomed him to eventually take his place.

Jon Snow has few friends, but those he has are loyal. He is young and relatively inexperienced, but he does his best to be fair. His actions in Season 5 proved he doesn't hesitate to make the hard decisions when he has to -- even if those decisions make him unpopular. His current status is up in the air. We won't learn about his fate until Season 6 so let's look back on the first five seasons of Game of Thrones and the first five books of George R.R. Martin's, A Song of Ice and Fire and remember Jon Snow's best quotes.

"Sam's no different from the rest of us. There was no place for him in the world, so he's come here. We're not gonna hurt him in the training yard anymore. Never again, no matter what Thorne says. He's our brother now, and we're going to protect him." - "Cripples, Bastards, and Broken Things"

"The more you give a king, the more he wants. We are walking on a bridge of ice with an abyss on either side. Pleasing one king is difficult enough, pleasing two is hardly possible" - A Feast for Crows"

"First lesson: stick 'em with the pointy end." - A Game of Thrones

"I heard it was best to keep your enemies close." - "High Sparrow"

"Six times in last thousand years a King Beyond the Wall has attacked the Kingdoms. Six times they failed... Every boy in the North knows it. We grow up learning it. Where the battles were fought. The names of the heroes. Who died where. Six times you've invaded and six times you've failed. The seventh will be the same." - "The Bear and the Maiden Fair"

"I swore a vow to the Night's Watch. If I don't take my own word seriously what sort of "Lord of Winterfell" would I be?" - "The House of Black and White"

"Sometimes there is no happy choice Sam, only one less grievous than the others." - A Feast for Crows

"Everyone knew what this place was, and no one told me. No one but you. My father knew, and left me to rot at the Wall, all the same." - "Lord Snow"

"They were born on the wrong side of the Wall- doesn't make them monsters." - "The Wars to Come"

"You mistake me, my Lord. That was a command, not an offer. Pack your arms and armor, say your farewells, and ride for Greyguard." - "High Sparrow"