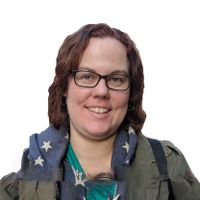 Molly McLaughlin
Writer, Editor
Molly K. McLaughlin has been a technology writer since 2004. Her work has appeared on many tech sites across the web including PCMag, Dealnews, Wirecutter and many others.
our editorial process
Molly McLaughlin

A dank meme is a joke that’s been repeatedly run into the ground; a viral phenomenon way past its expiration date; often so meta. The best dank memes are about dank memes and whether the meme is dank enough. Don't try to take too much meaning from these memes; they're not meant to make sense. The desired reaction is usually either cackling laughter or a blank stare.

What Do Dank Memes Mean?

These memes don't usually mean much of anything, but dank often refers to a terrible joke or another viral meme that's run its course.

How Are Dank Memes Used?

Dank memes express themselves in many ways: as a corny joke or, more often, as a statement about dank memes in general.

Example #1:
Image: A pixelated figure with a psychedelic background
Text: Born too late to explore the earth; Born too soon to explore the galaxy; Born just in time to browse dank memes.
Meaning: The point of a dank meme is that there isn't a meaning. This meme is one of the earliest, if not the first dank meme, though.

Example #2:
Image: Young girl in a police uniform writing a ticket
Text: ur gettign a ticket sir, that meme wasnt dank enough
Meaning: This is also an early dank meme, in which the recipient of the said meme hasn't gone dank enough. The typos are intentional.

Example #3:
Image: Uncle Phil from Fresh Prince of Belair
Text: When no one in your school knows about dank memes, so you have to go along with all the normie memes.
Meaning: This one takes the dank concept even farther lamenting the situation when your peers don't understand dank memes.

For even more examples, including links to the originals, check out our full list of the six funniest dank memes:

One of the first known dank memes shows a gnome-like character celebrating the fact that he was born at just the right time.

Uncle Phil is none too pleased to be alone in his affinity for dank memes.

This meme sounds like a Dad joke, and those can undoubtedly get dank. So where is the iceberg evidence anyway?

Smelt It Dealt It

This juvenile joke about passing gas gets a marijuana inspired spin. Dank is also a slang term for good weed, so there are all sorts of dank-ness going on here.

This meme has everything: grammar nerdiness, "big brother" paranoia, and a side of Dad joke. Dank af.