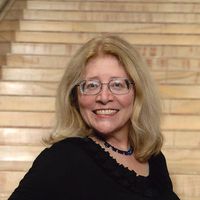 Consider the fascination that outer space holds for so many of us. There are many good questions that people ask about the cosmos, which has led to the sciences of astronomy and astrophysics. Still, for many folks, astronomy remains an unknown. Sometimes the universe seems mysterious (until we get to know it better), and people can make up wild tales that are difficult for non-experts to check out. So, it's not surprising that speculation, rumors and bad astronomy claims abound. Here are some of the best-known urban legends about space and astronomy. From hoaxes to conspiracies to sex in space, they show us what some people think about the stars, planets, and galaxies.

"Bad science" stories and hoaxes do have one good use: they teach us critical thinking, to ask questions and search for the scientific solutions to things we don't understand. This is the way science works — rather than make up magical stories that sound good but don't hold up to serious examination. As the late Carl Sagan once said, "Extraordinary claims require extraordinary evidence."

Mars is the Closest to Earth In History!!!!

Everyone has seen what is now known as "clickbait" headlines. THey often look like this:

Mars WILL BE THE CLOSEST TO EARTH IN 50 MILLION YEARS!!!

MARS WILL LOOK AS BIG AS THE FULL MOON!!!

(complete with exclamation points and all caps).

If Mars ever looked as large from Earth as the Moon does, Earth would be in serious trouble. Mars would have to be extraordinarily close to Earth to look as big as the Full Moon.

In fact, Mars NEVER gets closer to Earth than about 54 million kilometers (that's about 34 million miles). It gets closest in its orbit to Earth every two years, which means that this proximity isn't a rare thing. It's completely natural and nothing to be worried about.

Even at its closest, Mars will NEVER look larger than a point of light to your naked eye. The idea that it might look as large as the Full Moon comes from a typo in an article that was trying to explain that Mars would look as big in a 75 power telescope as the Full Moon does to the naked eye. Instead of trying to understand that, news outlets ran with the mistaken story. Want to learn more? Check out the full story at places like Snopes.com.

Is the Great Wall of China Visible From Space?

This is a myth that keeps on getting retold without any proof. It even shows up in Trivial Pursuit: that the Great Wall of China is the only man-made object visible from orbit or from the Moon with the naked eye.

Actually, the story is flat wrong for a number of reasons. First, astronauts regularly send back images of cities and roads, all constructed by humans and easily detectable from orbit. None of them show the Great Wall in ordinary images.

Second, it depends on what you mean by "see". Some NASA imagery taken with a telephoto lens from the International Space Station does seem to show the wall, but it's very difficult to make out. This is due to the size of the wall, the distance from which it's seen, and the fact that the material of the wall blends in with the area around it.

Third, radar "imagery" clearly shows the wall. However, that's not "visible" the way we think of it as such. Nobody sees it with their naked eye from space. But, radar scans can accurately measure the heights and widths of objects at a resolution we can't see with our eyes. Anyone who has gotten a speeding ticket is familiar with how these work; the radar traces out the shape of your vehicle. Of course, traffic radar does this many times per second, which allows it to determine the velocity you're moving. However, a radar scan of Earth's surface can make out the shapes of buildings and other human-built construction. Read more about objects on Earth as seen from space at NASA.gov.

Every few months, some tabloid newspaper prints a breathless headline about how NASA "knows" that Earth is going to experience darkness "next month.". This is one of those urban legends that has many possible sources, none accurate.

Of course, what they mean by "darkness" is confusing. Will all the lights go out? Will the Sun wink out? The stars go away? Somehow those details never get explained.

Some reports blame solar storms (space weather), which is somewhat understandable. If a severe solar storm knocked out power grids, some areas on Earth might not have electricity for a while, but that's hardly the same as "Earth experiencing darkness" as if the Sun was going to wink out for 10 days or something.

As best as anyone can tell, the original source of this hoax stems back to the 2012 Mayan calendar ending theory, which was hailed by many new age practitioners as a time of darkness and chaos.

Of course, nothing of the sort happened. And, since there is no such thing as a "universal alignment" or a "parallelism of Jupiter and Venus', it's hard to see how such nonexistent "happenings" could cause Earth to go dark.

But, that's the nature of a hoax: it sounds almost plausible, and if the perpetrators throw in some terms like "cosmic" and "planetary alignment", and "NASA claims", that seems to make it sound so much more impressive. But not true.

Were the Moon Landings Faked?

Many years after the crew of Apollo 11 landed on the moon, followed by several other successful missions and one successful failure, there are still people who believe that NASA faked the whole thing. Their main "proof" is the claim that there are no stars in the sky in the Apollo images and videos that were shot on the Moon. Others point to shadows that they think look "weird".

It turns out, the Sun outshone the stars, and the images were taken during lunar daytime. Astronauts didn't see the stars due to the brightness of the sunlight. Also, the cameras were adjusted to the sunlight, which means that no stars would have been seen. It's very much like trying to see stars from a highly light-polluted city. Some stars WERE seen from the lunar surface, but only through special telescopes or during times when they were in shadow.

Some of the best proof that people DID go to the Moon, however, is not in imagery, but in the rocks they brought back. They are NOT the same as Earth rocks, either in chemical composition or in their weathering. They're impossible to fake.

The ultimate proof that we went to the Moon? You can see lunar landing sites with equipment still in place where the astronauts left it. The Lunar Reconnaissance Orbiter took a dazzling set of images of the Apollo 11 site.  And, of course, there is a whole group of men who went there, and are happy to talk about what it was like to walk on another world. It would be incredibly difficult to keep them and the thousands of scientists and technicians who worked on the lunar missions quiet about their accomplishments. And, there are many technologies we use today that simply would not have been possible had people not gone to the Moon. Read more at: http://science.nasa.gov/science-news/science-at-nasa/2001/ast23feb_2/

The Face on Mars and His Many Monuments

Of all the space hoaxes, none has stuck in the public imagination more than the Face on Mars. Of course, high-resolution images of the Mars surface from a number of probes sent by different countries, show no faces or monuments. Just canyons, mountains, rocks, and sand.

People who value scientific research and the fantastic data being returned from all the Mars missions recognize the "face" on Mars as a case of pareidolia — a psychological phenomenon that causes our brains to see a face or some other familiar shape when we look at something unknown. This happens with clouds and rain drops and rock walls and so on; they're optical illusions at best and wishful thinking (and flat-out lies) at worst.

Still, the Face story has a few people who insist on believing it, despite the evidence. In truth, the "face-looking" feature on Mars turns out to be an eroded mesa in Mars's northern highlands. Water ice (or flowing water) in the ground played a role in ancient flooding that carved out many irregular landforms in the area. The "face" was one of them. To learn more about the ancient floods and climate changes that created this fascinating region, check out the THEMIS Instrument home page at the University of Arizona.