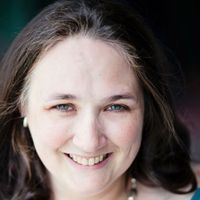 Since we figured out that there were boys, and there were girls, pregnancy has been a time when people have tried to guess which pregnancy would produce which baby. Long before there was the science of genetics, before we could tell the X carrying sperm from the Y carrying sperm, there were schemes devised to tell us whether or not you would have one or the other.

This has lead to some really interesting methods of trying to figure it out. Nowadays we simply use ultrasounds, usually done around the midpoint of pregnancy. This doesn't mean we don't want to know sooner.

Legend has it that this chart was found in an ancient tomb in China and is supposedly based on the Chinese lunar calendar. By using the mother's age at conception and the month of conception, supposedly you can determine with 100% accuracy if your baby is a boy or a girl. (There are two charts with ages 36-45 listed below the first chart.)

These are designed as a way to have fun and pass the time while pregnant. Certainly, there are those who will have a reading that is true, and those who won't. Please keep this in mind as you read the chart and see the answer. Some mothers use these in the first trimester before they know the sex of their baby, and some in countries other than the United States, aren't allowed to find out the sex of their baby and will play these games the entire pregnancy. Here's to hoping!