17 Great Quotes From 'A Christmas Story' 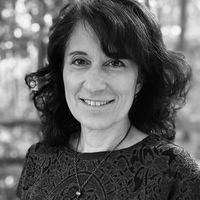 Mary Jo DiLonardo covers a wide range of topics focused on nature, health, science, and anything that helps make the world a better place.

For many kids, there was that one Christmas where they just wished and wished for a special present ... but Santa had other ideas.

But the holidays were still filled with family, friends and lots of cheer. That's the happy ending in the holiday classic, "A Christmas Story," starring Ralphie, his brother Randy, his slew of friends, his mom and, of course, his dad — the Old Man.

After you've worked your way through the jolliness of "Elf" and the heart-warming "It's a Wonderful Life," kick back for some serious nostalgia, even if you aren't anywhere near old enough to remember the 1940s.

Here are some of the movie's classic lines.

Flick: "Are you kidding? Stick my tongue to that stupid pole? That's dumb!"

Schwartz: "Well I double-DOG-dare ya!"

Ralphie as an adult [narrating]: "NOW it was serious. A double-dog-dare. What else was there but a "triple dare you"? And then, the coup de grace of all dares, the sinister triple-dog-dare."

Ralphie as an adult [narrating]: "Schwartz created a slight breach of etiquette by skipping the triple dare and going right for the throat!"

Mother: "You'll shoot your eye out!"

Mother: "You can put your arms down when you get to school."

The Old Man: "He looks like a deranged Easter Bunny."

Mother: "Ralphie, you're lucky it didn't cut your eye! Those icicles have been known to kill people."

Ralphie as an adult: "There has never been a kid who didn't believe that he would be stricken blind before he reached twenty-one, and then they'd be sorry."

The Old Man: "Fragile [pronounced frageelay]. Must be Italian."

Ralphie as an adult [narrating]: "Only one thing in the world could've dragged me away from the soft glow of electric sex gleaming in the window."

Ralphie as an adult [narrating]: "In the heat of battle, my father wove a tapestry of obscenity, that as far as we know is still hanging in space over Lake Michigan."

Ralphie as an adult: "Over the years I got to be quite a connoisseur of soap. Though my personal preference was for Lux, I found that Palmolive had a nice, piquant after-dinner flavor - heavy, but with a touch of mellow smoothness. Lifebuoy, on the other hand... (Yechh!)"

Ralphie as an adult [narrating]: "Only I didn't say "Fudge." I said THE word, the big one, the queen-mother of dirty words, the "F-dash-dash-dash" word!"

Ralphie as an adult [narrating]: "It was all over - I was dead. What would it be? The guillotine? Hanging? The chair? The rack? The Chinese water torture? Hmmph. Mere child's play compared to what surely awaited me."

Ralphie: [reading] "Be sure to drink your Ovaltine. Ovaltine? A crummy commercial? Son of a bitch!"

Ralphie as an adult [narrating]: "My father worked in profanity the way other artists might work in oils or clay. It was his true medium, a master."

Ralphie as an adult [narrating]: "Some men are Baptists, others Catholics; my father was an Oldsmobile man."